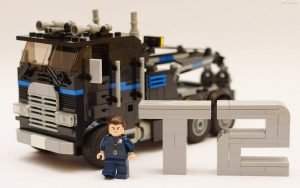 I remember when Terminator 2: Judgement Day was released in 1991. The second installment of the franchise is arguably the best of the bunch, due in part to the advancements and introduction of CGI for the T-1000 characters and his shape-shifting ability.

One of the pivotal scenes early in the movie is generally known as “The Aqueduct” sequence, which takes place in the L.A. River. LEGO builder jp_velociraptor on Flickr has produced a LEGO version of the infamous scene featuring some ingenious use of transparent elements to create a real sense of movement in the shot. Take a look at the gallery below and especially these pictures where the truck is flying off the bridge. The attention to detail showing the bricks flying off the railing and the truck’s position make you think it may have just crashed through the barrier. 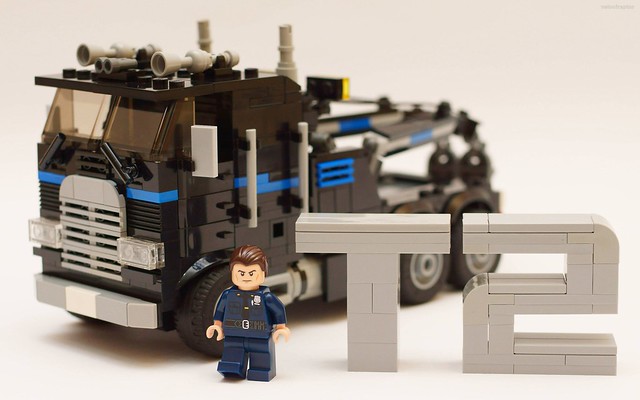