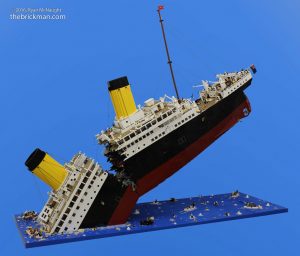 Celebrated LEGO artist Ryan McNaught showed off his stunning and mind-bending LEGO Titanic model at Brickvention 2016 in Melbourne. The most astonishing part to many who see it is the unusual use of angles in the build.

Not only is the bow (front half here) of the ship at an angle going into the water, but the stern is at an entirely different angle with a huge gap in the middle. Truly masterful work that the team of McNaught, Mitchell Kruik and Clay Mellington put together in just under a month.

The model features about 120,000 bricks and took the small team over 250 hours to complete. I haven’t seen a photo that shows it off, but Rob Hendrix at Lifelights designed a “sinking lighting system” for the model.

As always, the devil is in the details, and these guys got all of them! From tragic figures in the water and lifeboats, to some barely hanging on as the ship tears apart, you almost get a sense of the tragedy from the model.

McNaught mentions in the caption on Flickr that this was inspired by his 250,000 brick cutaway of The Love Boat! Remember Captain Stubing, Doc, Isaac and Gopher? People thought his 2010 model of that ship was actually the Titanic. Kids, right? 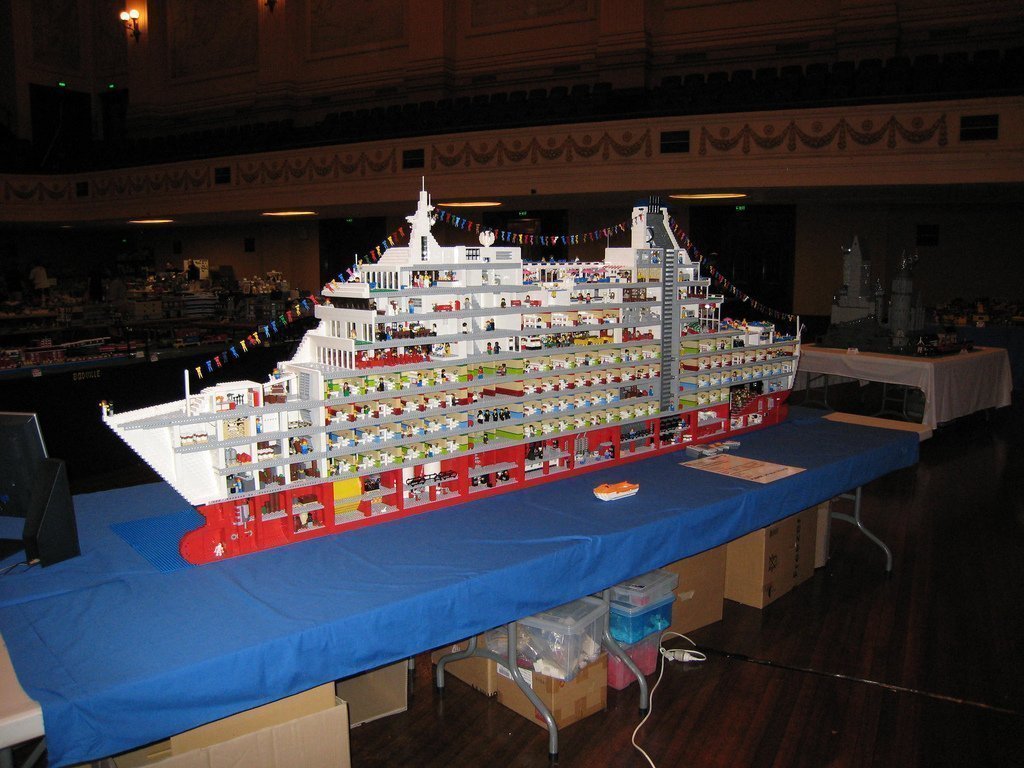 Take a look at his Flickr feed and you’ll see that almost NOTHING McNaught builds is small, but everything is incredibly detailed and always exciting!