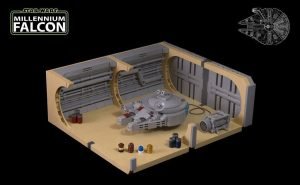 The Millennium Falcon is arguably one of the most recognizable ships to be depicted in sci-fi. Technically it’s been in 5 out of 8 Star Wars movies made so far, and will be once again featured in The Last Jedi and of course the upcoming Han Solo project featuring Ansel Elgort and Donald Glover.

Sad Brick on Flickr has created a scene from A New Hope where we first meet the Falcon in Mos Eisley. The scene uses a super micro scale for everything, but has amazing details still. All 4 of the characters depicted are immediately recognizable in the foreground and both the ship and the docking bay have amazing levels of detail. The pipes on the back walls and the generator really amp up the realistic feeling of the scene, without adding a lot of complexity.

You can click on any of the images to view it on Flickr and also check out Sad Brick’s other works.

“Despite her humble origins and shabby exterior, the Millennium Falcon has played a role in some of the greatest victories of the Rebel Alliance and the New Republic.” 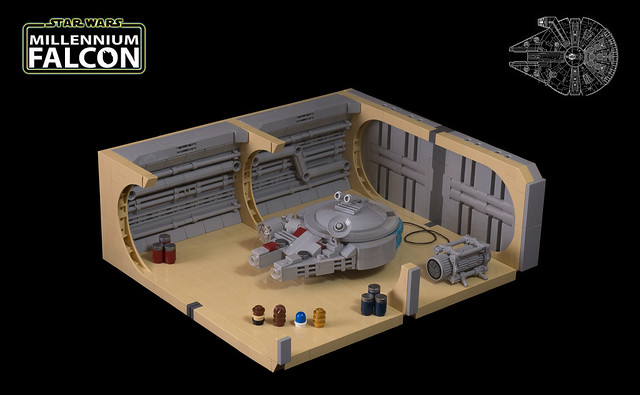