If you watch the CW’s show Arrow, you’ll be familiar with Oliver Queen, John Diggle and the rest of the vigilante crew they run with. You’ll also know Oliver eschews the use of cute nicknames that’s pervasive throughout the DC universe.

Hence everyone but him calling their hidden base “The Arrowcave“.

Whatever you call it, several LEGO versions of it exist, primarily from seasons 1-3. I haven’t seen a version of the sleek new Arrowcave from season 5 yet.

First up, Tim Lydy created one back in 2015 and shared it on Flickr. Here we see Oliver, John and Felicity in their regular street-clothes along with various training devices, including the infamous salmon ladder from the first show. Tim did a great job of capturing the raw, industrial feel of the early setup. 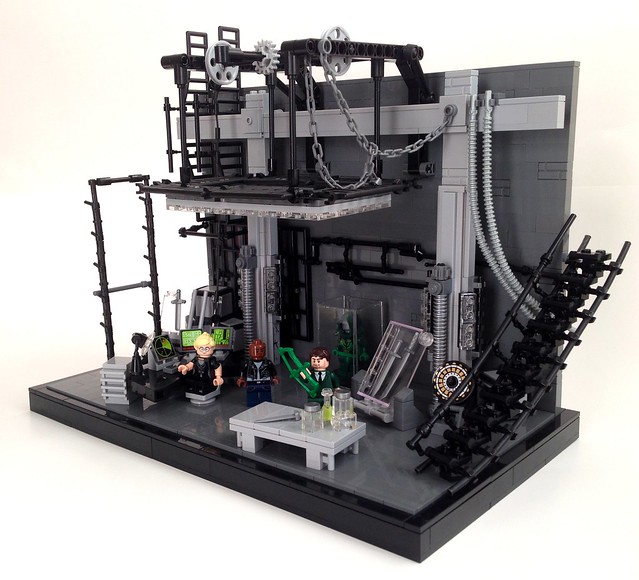 Next up is a much larger build by Brickweilder who also shared some closeups of the details of his build. I like the inclusion of Arsenal / Roy Harper and the overall lighter coloring of the build. The pipe and wire catches my attention. Again, we have a salmon ladder but this version is a bit too chunky. 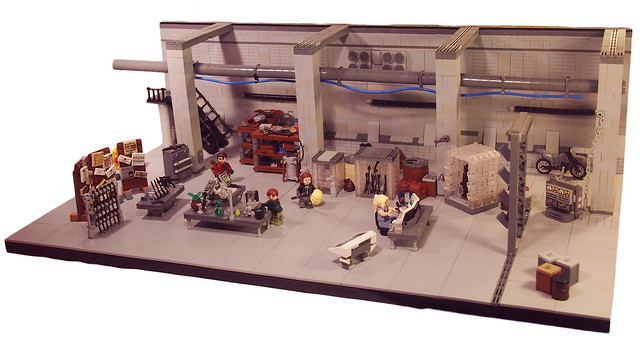 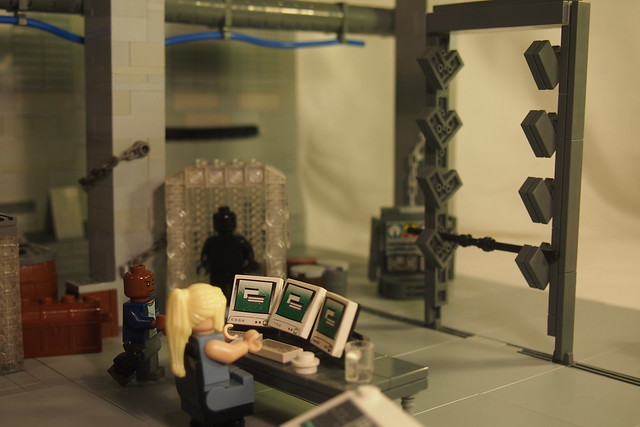 Nathaniel Stoner covered these over at The BrickNerd a while ago, and himself has built a series of Arrow-themed vignettes that are really well done and tell a bit of the Arrow-verse story.

A quick search on Flickr reveals there are tons of Arrow cave versions uploaded there. Some with more details than either I’ve show here, some way more expansive and some that could use a bit more detail and work.