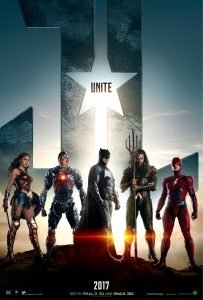 Just a heads up, as has happened many times, the information about upcoming LEGO sets may contain spoilers, this time for the Justice League movie.

UPDATE May 2: Major set details down the bottom.

Allen, from The Brick Fan, has received credible detailed information on 3 LEGO sets coming out for the Justice League movie.

Once again, 4 minifigures – Batman, The Flash and 2 parademons. Some kind of black crawler/spider piloted by Batman.

So the set photos from a catalog have leaked online. Out of respect for the LEGO brand, I won’t be posting them here yet, but I did have a good look, so I’ll give you some details.

76087 – Steppenwolf is a brick-built figure primarily in black and grey with red highlights, but not quite as detailed as the Giant Man figure. The Flying Fox looks like a flying tank or helicarrier, but of course smaller. It does however include what looks like a 6-stud wide body Batmobile, plus it’s huge outer wheels bringing it to possibly 10 studs. The Flying Fox itself looks like it could be 16 studs across plus wings!

76086 – The Flash figure included has a “Power Blast” feature to fire a stud. No idea if this ties into the movie. In the CW show, the Flash can throw lightning bolts when moving quickly.

76085 – Aquaman features the “Power Blast” this time around, which makes sense. The set looks pretty simple. About 4 columns with Atlantean writing on them (could be printed or the dreaded stickers), 2 joined by a header. There also seems to be some kind of small submersible as well.