From what he describes as “6 seconds of blurry video,” Grant Davis was able to recreate this Resistance Skimmer as we saw in the teaser for Star Wars: The Last Jedi.

In the trailer we see a squad of these skimming across the surface of the planet Crait, as confirmed by the films directory Rian Johnson. Crait is the former home to an old rebel base and is a red mineral planet, but covered in a thin layer of salt. The hook under the skimmer is cutting through the salt and releasing the plume of red dirt.

Davis acknowledges that this model may have inaccuracies due to the lack of source material, but I think he’s done an impressive job of capturing it regardless. The red fan of dirt is brilliantly executed and the ship appears to be accurate to the trailer.

I’m sure we’ll see a whole lot more fan made MOCs from The Last Jedi as we race toward, and then past the film’s release this December. 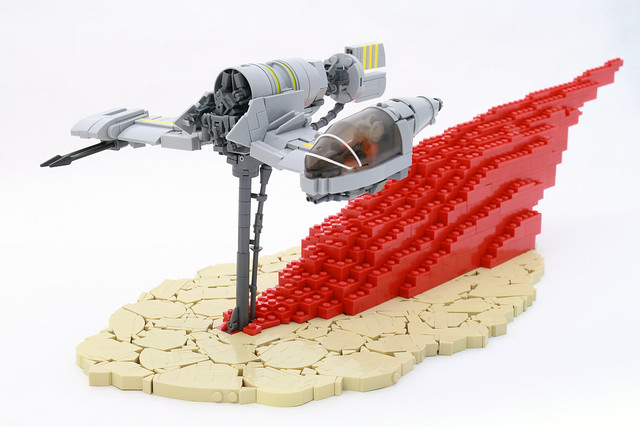