Warning: The photographs are NOT your typical fun LEGO photos and contain some gory and gruesome images.

When Finnish photographer Juhamatti Vahdersalo was looking for a new way to tell a story, he chose LEGO, but the subject he chose isn’t your usual. There’s no room for playing in these scenes, it’s not about fun, unless you’re more like Dexter than most.

“It’s Just a Lego” is a series by Vahdersalo featuring a LEGO character as a serial killer who reminds me a bit of Christian Bale’s Patrick Bateman from American Psycho in appearance, and certainly in action.

Each of the 7 photos is dark in it’s own way and the scene depicted is unmistakably the work of an evil killer. There’s a pithy phrase overtop of each photo that relates to the image depicted and seems like something a killer in CSI: Miami would say if Horatio let them do the bit with the glasses.

Overall, these photos seem a bit of a departure from Vahdersalo’s usual work. All of the photos in his Flickr photostream are visually dark and processed giving them a very unique voice and tone, but not all are darkly themed, most are of normal people, bands, workers etc going about their day. Most are heavily processed which brings the tone that seems to define his work and the composition and thought in each piece speaks to his mastery of the camera and lighting. 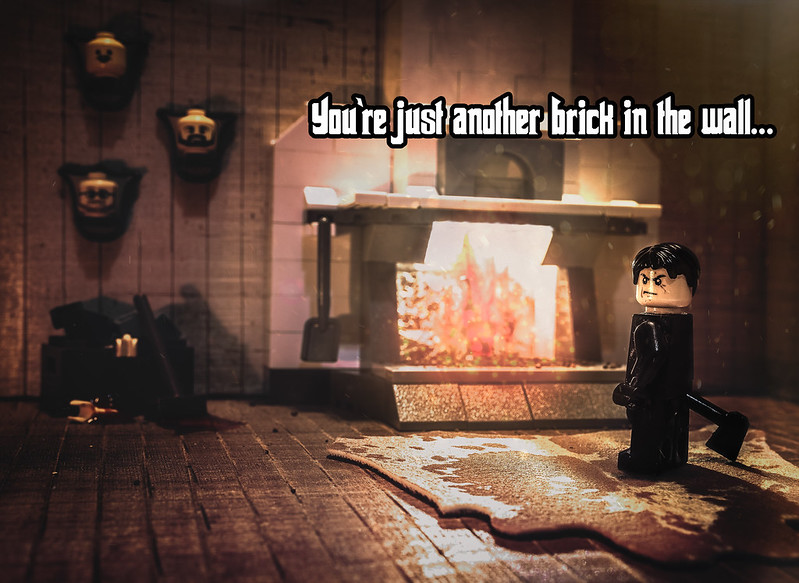