There’s a couple of important announcements regarding LEGO and movies today so sit tight and get ready for a bit of rollercoaster ride. 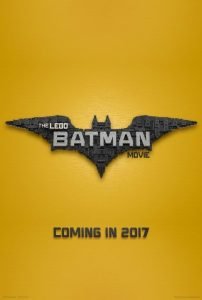 First up, the “bad” news: The much-anticipated LEGO Movie Sequel has been delayed further by Warner Bros. The new date is February 8, 2019 – yes, nearly 3 years away and exactly 5 years plus 1 day since the original. Wow, that’s a long time to wait right? Well, luckily between now and then we get The LEGO Batman Movie (February 10, 2017) and The LEGO Ninjago Movie (September 22, 2017).

No official reason was given for the delay, but take a look at what Phil Lord and Christopher Miller have coming up between now and then: writing Sony’s Animated Spider-Man film, a treatment for Warner Bros’ The Flash and directing the Star Wars Han Solo film.

Aside from remembering that we get both LEGO Batman and Ninjago in movie from next year, we’ve just learned that LEGO is officially partnering with Marvel again, this time to provide toys for Guardians of the Galaxy Vol. 2 in 2017. The success of the original movie caught everyone off-guard and LEGO only produced 3 sets, 1 polybag and a SDCC exclusive set. This time we should see a lot more sets produced.