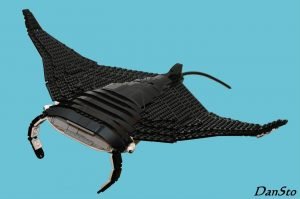 I found this amazingly accurate and large ( 50cm x 80cm, 19.5″ x 31.5″) Manta Ray model while cruising around Flickr the other day. I loved the model and wanted to feature it here, so I sent the builder (Dan_Sto) a quick email asking for some extra information to go along with it.

Daniel Stoeffler (Dan_Sto) lives near Strasbourg, France and has been collecting LEGO sets for about 10 years. 5 years ago he began MOCing and prefers to work in Star Wars and Architecture style models as you can tell when you look at his Flickr account. Be sure to check out his BB-8 models, R2-D2 and C-3PO when you’re there. 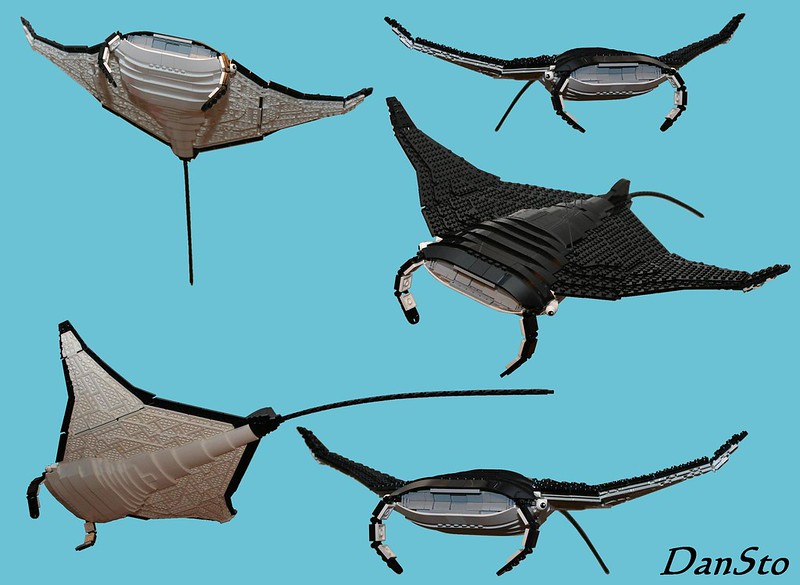 Daniel built this amazing manta ray model for a contest requiring a 1/2 scale fish be built. He’d previously done a similar contest where he produced a more traditional fish. Even that fish is incredibly detailed in it’s coloring, fin representation and even the gravel on the bottom of the pond.

What strikes me about the manta ray is the way Daniel captured the sweeping lines and gracefulness of the ray, and that whip-like tail. Except for the studs, you’d almost believe it was taxidermied in some way.

The model took him about 30 hours including some basic prototyping for some areas, modeling it, sourcing the pieces and then finally the fun of building it. He estimates there just over 1000 pieces in it which isn’t hard to believe.

If you want to see this model in person, Daniel will be displaying it at the end of June at the Fana’briques 2016 event in Rosheim, France.

When I asked Daniel what was next up for him, he told me he was really interested in Alien related builds and he’d be producing a facehugger next. If you’re not familiar, it’s an alien octopus-like creature that attaches to victim’s faces while planting it’s eggs in the victim. You can see it in virtually every version of the Alien films.