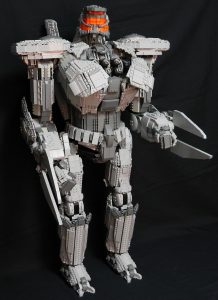 If you saw the 2013 movie Pacific Rim starring Idris Elba and Charlie Hunnam or even if you just saw a commercial, you’ll remember the Jaegers – giant robots created by humans to help them fight an interdimensional threat – the Kaiju.

Builder Jason Corlett said he spent 2 years “building up the courage” to build Striker Eureka – the one and only Mark-5 Jaeger. Corlett’s Jaeger stands 2′ 8″ tall and 18″ wide at the shoulders and is outfitted with an impressive array of weapons. Click on any photo to head over to the gallery on Flickr or see it down the bottom and read the comments for details. Striker Eureka is a microscale model, something we don’t see too often, but for a model like this, it’s needed. You can see the microfigs between the Jaeger’s feet to the left, along with a minifigure for even more scale.

Striker Eureka took Jason about 86 hours build out and contains “no less” than 5,000 pieces. It’s not Jason’s first Jaeger build either… He previously build Cherno Alpha from the movie. It’s about 2’11” tall and took about 70 hours to build. 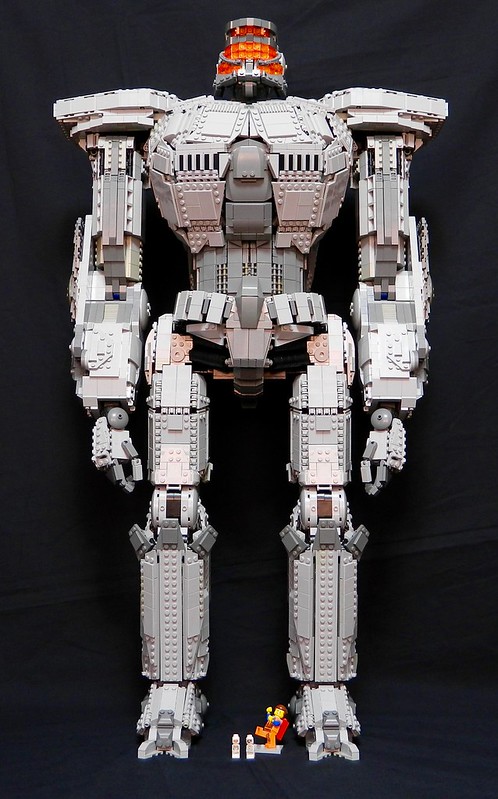