While most people were gearing up for, or watching the 2016 Oscar race, the unofficial list of 18 collectable Disney Minifigures was released. Thanks to CM4Sci on the Eurobrick forum, we have the following picture and information. 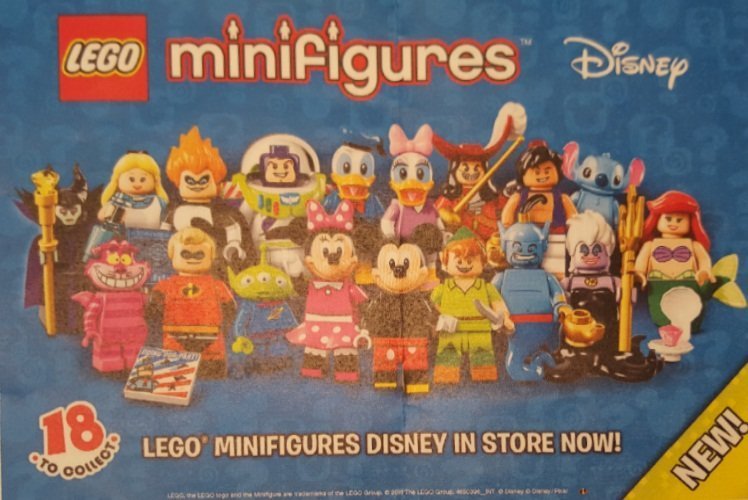 The set will be blind-bagged like the regular minifigures should consist of the 18 listed below and shown in the picture above. The collection was announced at the recent Toy Fair events in Europe and New York, but no details were given. We did know that it would contain 18 figures instead of the usual 16.

I think it’s interesting that although most of the characters are in pairs from their “theme” the one that isn’t seems like you’d want a pair. Stitch without Lilo? Come on. Give us Lilo!

This set is reportedly due for release in May 2016.