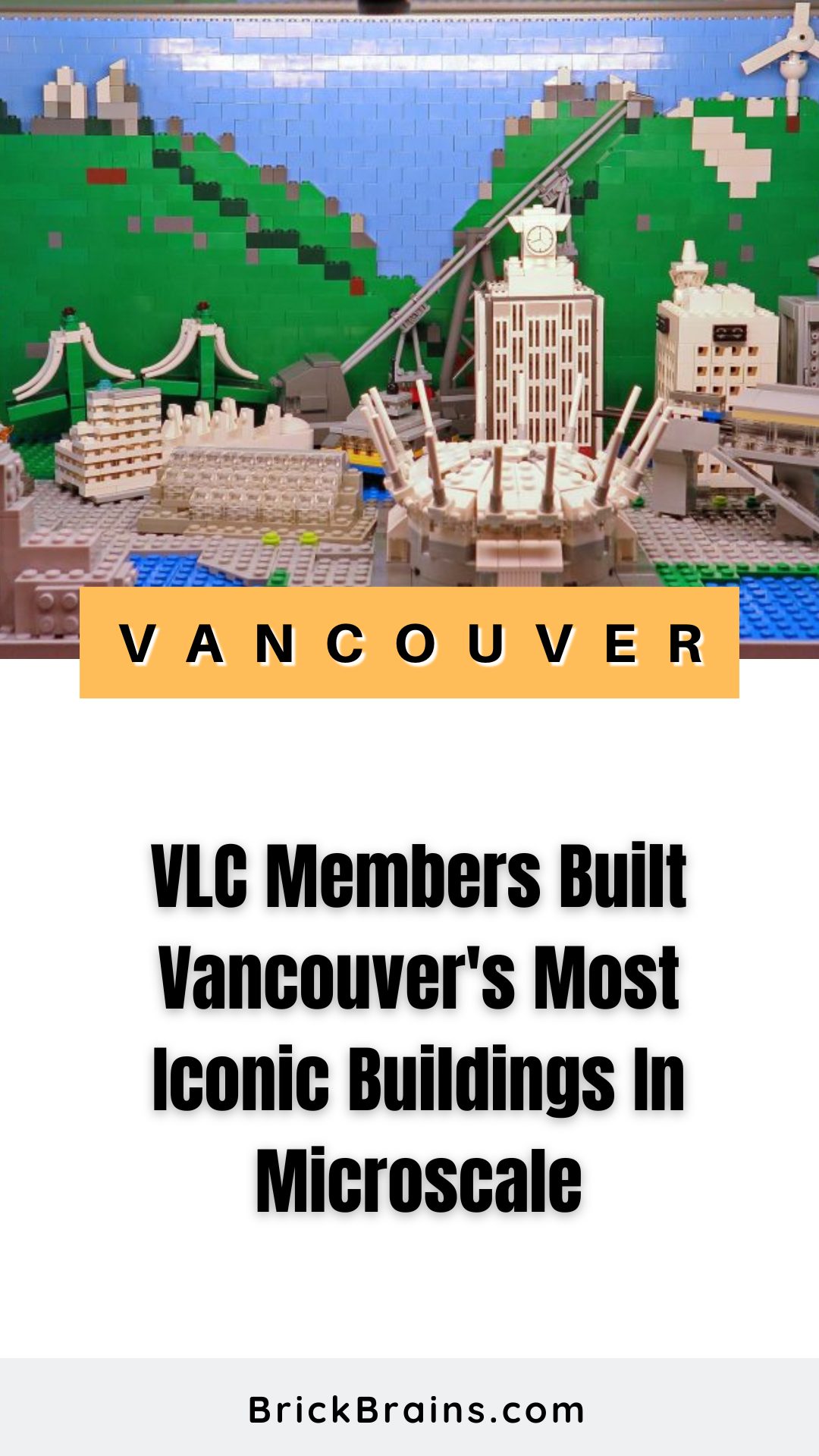 Before I even know what Microscale meant, and before I even know who VLC was (Vancouver’s Community for Adult Fans of LEGO, yes we know it doesn’t match the acronym) I saw this scene at the LEGO Brand Retail outlet in Oakridge Mall in Vancouver. This location is now closed as the mall and surroundings undergo a MASSIVE rebuilding.

It’s a great example of using small scale builds to set up a recognizable scene, or evoke a feeling.

The scale varies in various spots. Obviously Lions Gate Bridge in the back left is much bigger than say Science World in the front right. It makes sense for perspective but microscale is about making choice and selective editing.

Obviously one of the challenges with building at this scale is what pieces LEGO has available and that will sometimes dictate the scale of the build. Take the Science World building in the front right corner. It’s scale/size is dictated by the dome parts. The club iterated through a couple of different versions until this piece was found.

The city hall, front left, was also redesigned into a smaller scale based on what size was chosen for the rest.

The other interesting part of this is the backdrop. Part of Vancouver’s iconic skyline is the mountains in the background including the Lions and Grouse mountain. A lot of microscale dioramas don’t have a background but in this case, it was important to set the tone and cover the generic cloud background the LEGO display had.