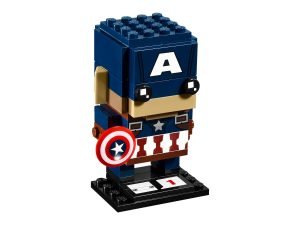 We previewed the new LEGO BrickHeadz series last week in another post, and today, just a head of the Toy Fair in Germany which opens tomorrow. We’re expecting a lot of information as this toy fair shouldn’t be as locked down as the last one in England where only official vendors were able to get into the LEGO booth.

Build The Joker™ in this LEGO® BrickHeadz set and laugh in the face of danger with his buildable green hair, white face and outfit from THE LEGO BATMAN™ MOVIE, plus a display baseplate.

Build Iron Man in this LEGO® BrickHeadz set, featuring his iconic red and yellow suit of armor, BrickHeadz eyes and a display baseplate.

This larger-than-life Hulk BrickHeadz figure is fun to build using colorful LEGO System bricks that recreate all of his iconic details, including buildable fists and hair, plus decorated muscles and a buildable baseplate.