If you’re lucky enough to have a LEGO Brand store nearby, then you also have access to their Pick-A-Brick Wall (PAB).

What is a Pick-A-Brick Wall?

For those who don’t know, the Pick-A-Brick wall is a feature in LEGO stores that allow customers to fill up one of 2 different cups with larger quantities of bricks and parts. It’s a great way to buy just what you need to complete a MOC or build a collection. The parts are in large bins hanging on a wall, and you can buy whatever you need from the wall in whatever quantities you need.

Stores also used this for the Monthly Mini-Build, which often featured parts that may not otherwise end up on the wall.

The downside is that the parts available vary by store as well as by month. And not every piece and color LEGO makes is available on the wall.

How do you know what’s there?

There is a Facebook group called LEGO Pick a Brick Wall Exchange where people do post updates and pick for one another. It seems like a good group of people.

LEGO Stores don’t officially post anything about what pieces are available, but a few generous souls have created online sites that list the inventories of the Pick-A-Brick Walls at stores around the world! Since these are updated by local volunteers (anyone can do this though), some are more up-to-date than others. Here in Vancouver, an employee at one of the two stores updates the list for their store, which is awesome. In other cities, AFOLs take on the responsibility as their time allows, so it could be months or more between updates.

There is a website with some information: BrickBuildr, primarily known as a LEGO photo site pulling content from Flickr. BrickBuildr takes a different approach to presenting the list of stores. They list all the stores in their database and have a nice color-coded section on the right that shows you when the last update was made. A nice cool blue for recent updates and getting progressively more toward orange as the update gets (c)older.

This site allows you to download an Excel spreadsheet (compatible with OpenOffice and Mac’s Numbers), fill in the grid with the parts and then send it in to the site. This is great for adding a new store, or doing a massive update to a neglected wall. For a while it seemed as if this was the only way to update and was causing big delays. Today, they have a new feature where you can click on any cell/grid in a wall to submit an update to that box.

You can’t search for a specific part on this site, but you can subscribe to an RSS feed for any stores in order to see updates when they happen.

How to Order From Pick-A-Brick Online

The LEGO Group knows how much people love the wall, and that some people are not near one to be able to run over, so they offer the service online as well. Currently they offer more than 1400 different bricks and allows you to search by a number of criteria including colors, shapes, types, and even advanced options like Element ID or Design ID. Generally the prices via LEGO Pick-A-Brick online will vary when compared to BrinkLink for example. Some parts are amazing deals through LEGO and other times BrickLink might be the way to go. The LEGO site has a limit of 1000 in the quantity selector, but that may not mean you can actually order 1000 of every piece.

The in-store Pick-A-Brick walls and online service can be a great helper when looking to gather parts for a large MOC, or just to slowly build up your general inventory over time. They won’t offer the variety offered by sellers on BrickLink but if you visit in person, you won’t have to wait for your parts to arrive.

Be sure to check out the various offerings and let us know below what you like or don’t like about them. 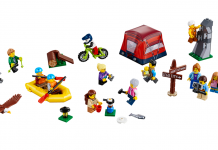 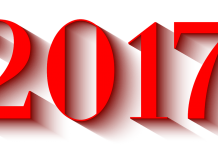