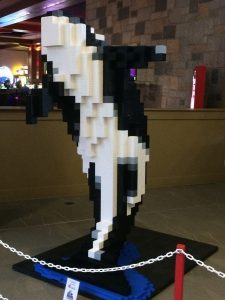 This past weekend I reached my LEGO pinnacle (so far) and spent the weekend at BrickCan – Vancouver’s first ever LEGO AFOL Convention and Public Exhibition. I’m not going to try to capture everything that happened, that’d be impossible, but instead I’m going to share a couple of personal highlights and give you an idea of some of what the experience was like.

I signed up for a 4-day pass, the AFOL experience, which started on Thursday afternoon with the check-in. There I received my swagbag, custom-designed LEGO set (a hockey rink of course), my t-shirt and a bag of random bricks and pieces for trading with others – or keeping if you liked them. The swag bag had custom pieces from companies like BrickArms and The Brick Chick along with promotional items from BrickCon, Bricks LA, The Brothers Brick and Tom Alphin, The LEGO Architect.

From there I wandered into the main River Rock Theatre where setup was still in progress. It was awesome to see how some of these large MOCs were being put together and to be able to see the “guts” as it were. Over the rest of Thursday and Friday I kept checking back in, when I had time, to see the hall filling up and more amazing creations being assembled. 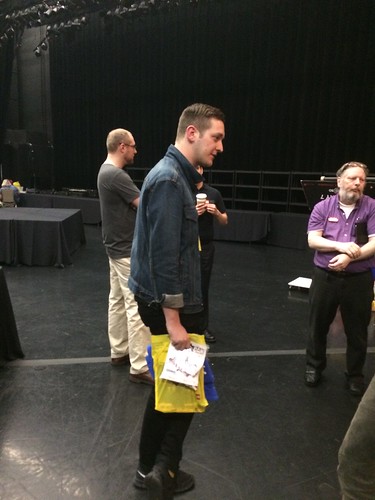 The rest of Thursday and most of Friday was filled with activities and games designed for the AFOLs. I took part in a Speed Build game and was definitely not the fastest in any way, but it was great fun and I got a Chima set out of it that I wouldn’t have normally purchased (more trading fodder). I watched the Mitten Build, Master Build and Box Build unfold and will consider a couple of those for next con maybe.

One of the highlights for a lot of people was the unexpected guest that came from LEGO in Billund – Mr. Justin Ramsden! Justin is a LEGO set designer on the Super Heroes line and most recently [easyazon_link identifier=”B01AW1R8HO” locale=”US” tag=”brickbrains-20″]Super Hero Airport Battle – 76051[/easyazon_link] for the Captain America: Civil War movie. I don’t follow LEGO designers for the most part, but Justin was featured in the Channel 4 documentary TV show “The Secret World of LEGO” as he went through the hiring process with LEGO. Check it out if you get a chance.

Saturday and Sunday were absolutely mental as the event was opened to the public. There were 5 sessions of 2 hours each. It’s a bit of a different approach, but with a confined space it was necessary. During each session 900 members of the public were invited in to roam about the displays and look at the various creations and chat with the men and women who created them. Yes, this is not a men-only hobby, some of the best creations were from women.

The biggest take away from BrickCan, aside from inspiration, was the friendships I started. I met some amazing people both from our local Vancouver LEGO Club and community, but from all of the surrounding areas and beyond. Everyone, literally, that I met was friendly, happy, positive and encouraging with people they talked to. This was an event and crowd unlike any other I’d seen. The positivity was everywhere.

I’m looking forward to, and am planning for, BrickCon in Seattle in September/October – I hear it really takes this to another level!

I wish I could cover more of the event in detail, but have a browse through the attached album. If you have any questions, leave them in the comments below.

Below I’ve linked to my Flickr Album from the event and you can flip through the pictures or click to see the full image. 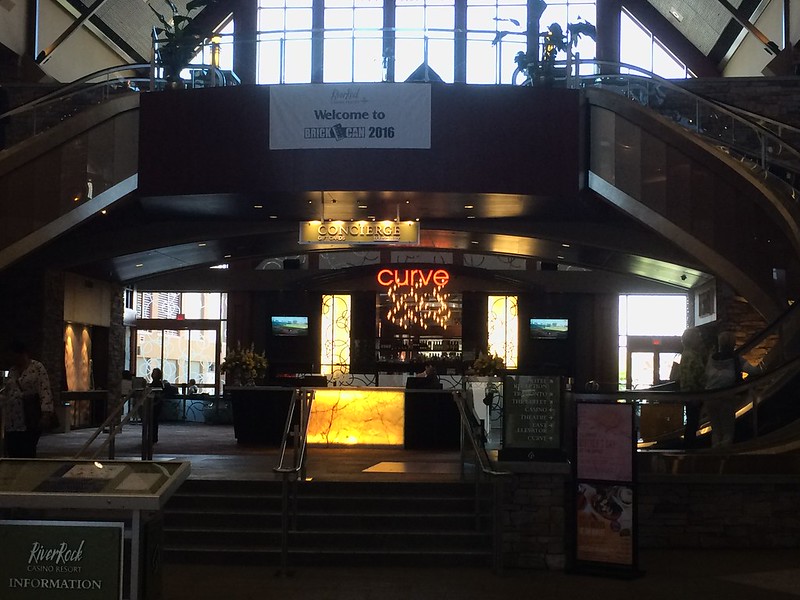