Arkham Asylum is the home to the worst of the worst in Gotham City. When Batman has finally captured The Joker or Catwoman or Killer Croc, they end up here for safe-keeping. At least that’s the plan. From what I’ve seen and read in comics, movies and video games, the place has a lot of security issues.

Regardless, it’s part of the Batman mythos. Forgotten Days (Dayton in real life) is a TFOL from Melbourne, Australia. His Special Forces TIE Fighter MOC won him awards in the under 16 categories at the recent Brickvention in Australia and it’s easy to see why. The number of details in the Arkham build are awesome, including the sewer out from (for escapes, no doubt).

Dayton writes that the planning took almost 2 years and then 3-4 more months to build Arkham Asylum. It took over 18,000 bricks and is 52 x 98 studs at the base and 55 bricks tall. 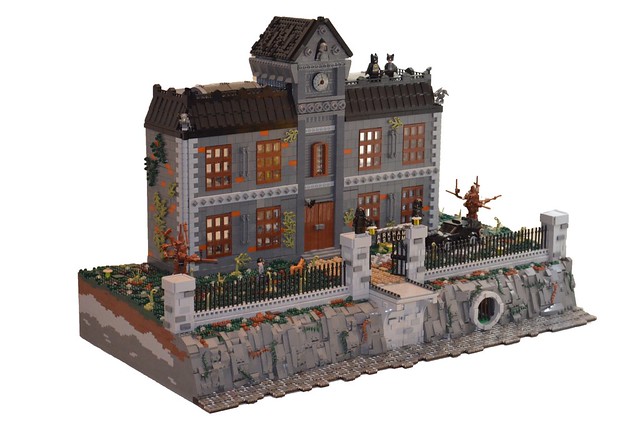