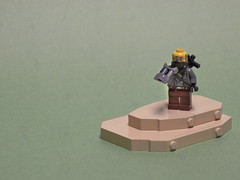 Canadian builder Adam Dodge (sasklegousers on Flickr) has been building a Star Wars story of sorts with his latest builds. His story follows Odge Dadam (Nice anagram), the son of a scrap merchant, who “began his life on the jeweled planet of Ord Mantell” and eventually ends up on Nam Chorios after his father was killed. The story follows along as Odge finds various bits of salvage on Nam Chorios to reach his goal of getting off the planet. 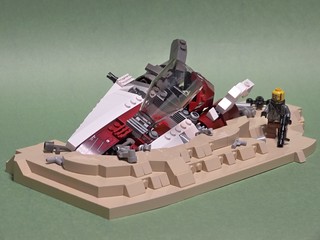 Odge found an abandoned Rebel A-wing and began working toward restoring it. Dodge (the builder) is building nice little vignettes showing the various steps that Odge has to take as he continues his way toward building a ship to take him across the galaxy.

His work is simple, but tells a story with very few pieces or complex MOC building. I wouldn’t call it minimalist, but Dodge really seems to be able to distill a concept down to the basic elements needed to tell the specific part of the story he’s illustrating. The comments with each picture spell out the details, but even there, it’s only a couple of well chosen sentences propelling the story forward.

Adam told me he is only about 1/2 way through his story, so we should definitely keep an eye out for more from him! 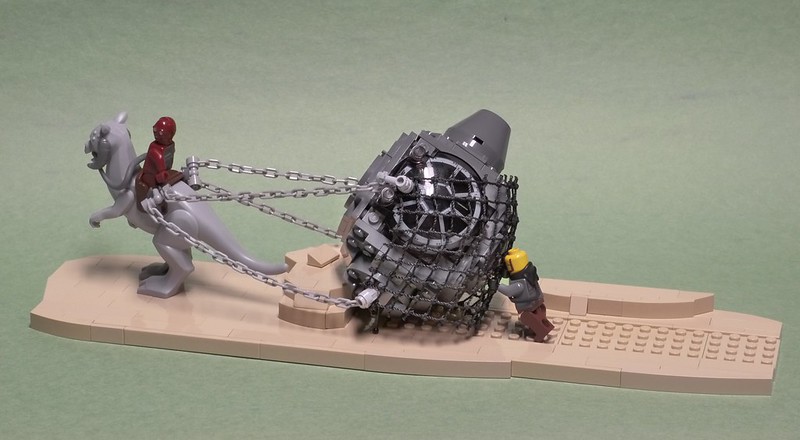 Check out his work on Flickr by clicking any of the links or photos in this post and keep an eye out for more from this talented builder.