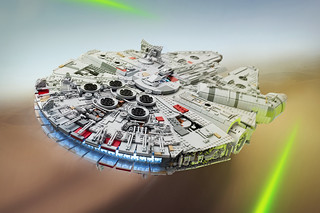 Flickr user Marshal Banana has created a stunning Millennium Falcon out of LEGO that is not based on any official LEGO set. He says “It took me a whole year to accomplish this build (including planning and collecting bricks)” and contains 7500 bricks and weighs about 10 kg (22 lbs) as it is.

He goes on to say “My main goal was to present the model in a flying position, which was a huge task. Due to its internal framework it was not possible to include an interior, but I was able to fully lighten the model. And there was still enough space left to include a detailed cockpit (with 4 seats), gunner’s platform and a lowering ramp. Credits to EB member ScottishDave for his original design of the radar dish.”

What I love is that he’s not only go a tremendous amount of detail, but obviously spent time setting up each shot and cleaning it up. He’s created a short story for each photo instead of just placing the ship and shooting it.

Click on one of the photos to reach Marshal Banana‘s Flickr page or on his name. I’d also recommend looking at this other albums for an awesome Sandcrawler, X-Wing and more. 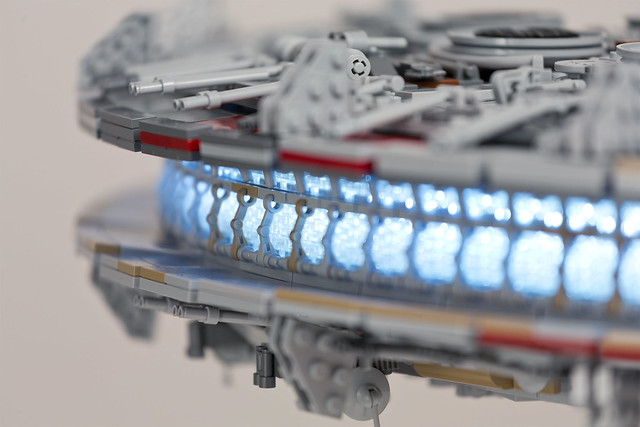 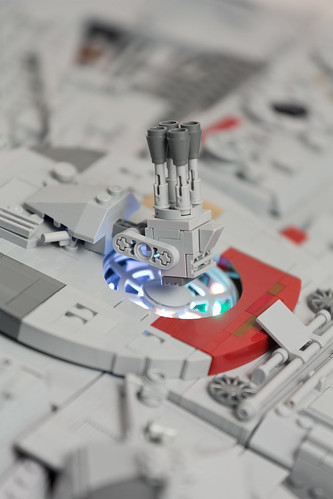 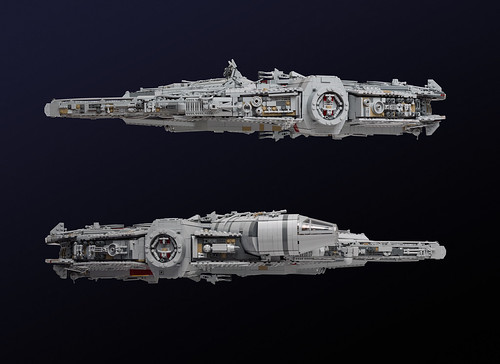