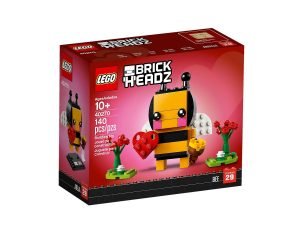 Despite mixed reaction from LEGO fans, the Danish company is pushing forward with it’s BrickHeadz line, and it looks like they’ll form the core of this years seasonal offerings.

First in the set of photos uploaded today is 40270 – Valentine’s Bee with 140 parts included. The bee is pretty cute, and will likely be priced at $9.99 USD at most. It could be cheaper as it has no license costs to pay, unlike the Batman, DC, Marvel, Star Wars and Disney ones we’ve seen before. This is the first non-licensed BrickHeadz we’ve soon so far.

Scroll past the gallery for the more interesting part…

While this bee is certainly cute, what’s most interesting is what’s teased on the back of the box. 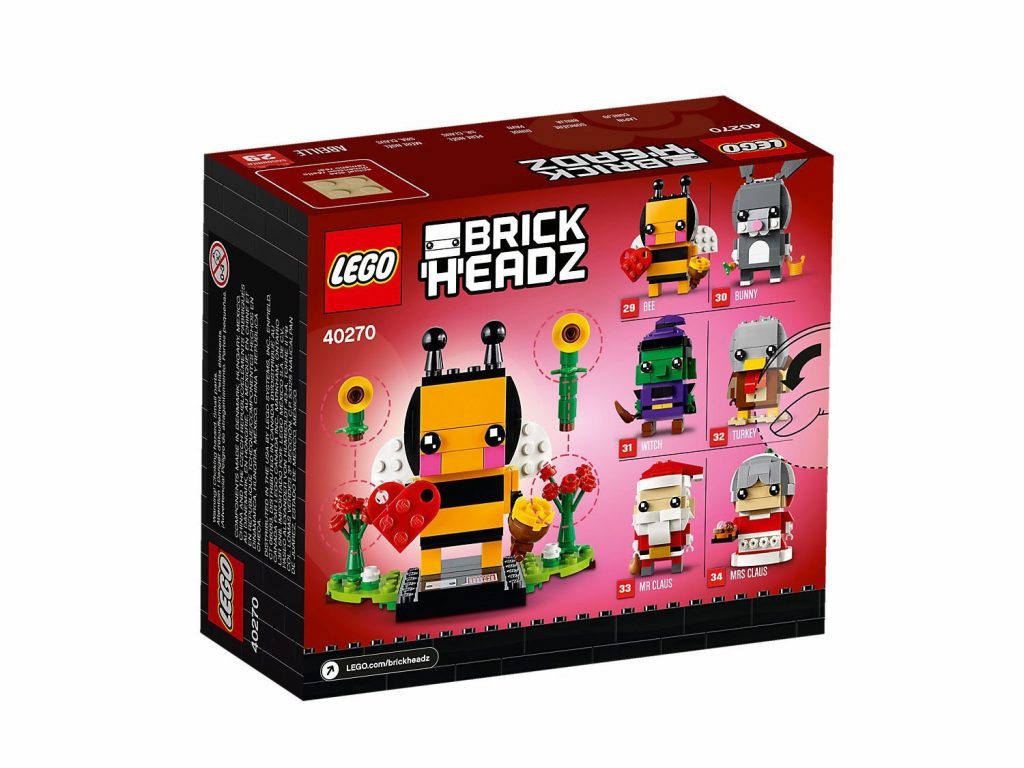 LEGO appears to have a cute lineup of BrickHeadz mapped out for the year. Individually numbered as 29 to 34, the characters are:

There’s no word yet on what this might mean for the seasonal vignettes we’ve seen in the past. It’s possible that LEGO is alternating vignettes with other builds. Last year we had the vignette, but the year before was brick-built characters.