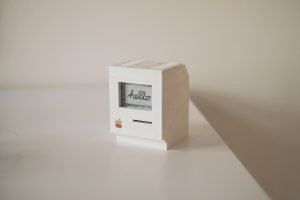 Words you don’t typically associate with LEGO (and my not even recognize) like Raspberry Pi, e-paper, resin.io and docker all come together to produce this remarkably cute and super functional LEGO model.

Jannis Hermanns is a programmer by trade, but also a dad. During some playtime with his son, he says “I suddenly had the urge to build one of the first computers I remember using,” which is the Macintosh Classic. I remember when the first of these arrived at my high-school and we all spent hours doodling with the patterns on the black & white display. Using a mouse instead of a keyboard was incredibly novel.

Using an e-paper display powered by the tiny Raspberry Pi as the core Hermanns built a prototype, then used LEGO Digital Designer to build a prototype. Next he ordered his parts from the LEGO online store. From here it gets a bit grisly.

You see, to fit his display properly he had to use a Dremel tool to cut into the LEGO on both sides. It’s horribly (and brilliant) at the same time, so I’ll hide the picture, but if you dare to look, click this link to see it.

He’s documented the entire build on his site Jann.is and in the Flickr gallery below. 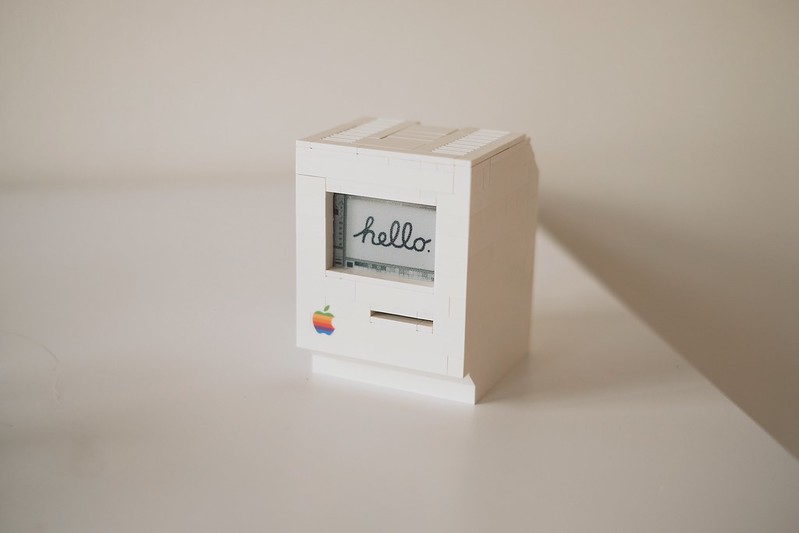