Ok, the title’s a little misleading, but the mystery of what figures will be in Series 17 is mostly solved, with one intriguing exception. Have a look at the photo below. 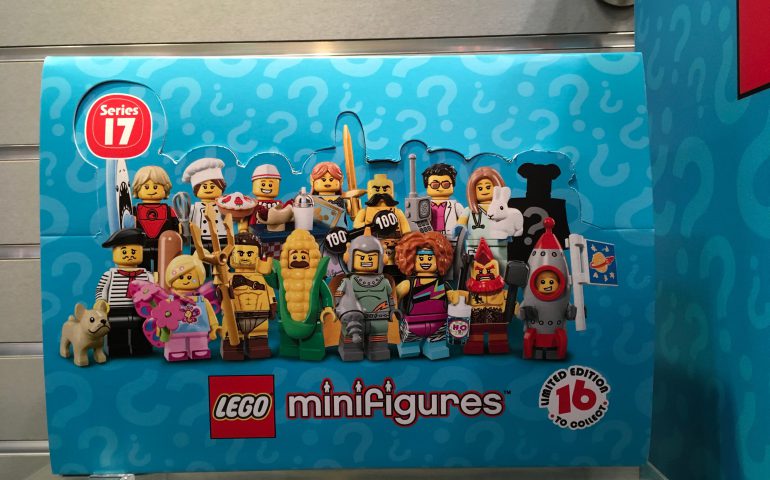 You can see we have the usual menagerie of 16 minifigures including some cool new designs, and a couple of updates, but more interestingly, we have the dark figure in the top right corner. Who is it? What are they hiding? Is this a new “Mr. Gold” type figure? I guess we’ll have to wait and see. The leading theory is that he’s a “Highwayman” which Wikipedia defines as “A highwayman was a robber who stole from travelers.”

There’s some details here. Obviously “Corn Cob Guy” front and center, which has people all excited around the LEGO Communities. There always seems to be one character suit like this. We have a new dog, the French Bulldog to go with his French owner, a surfer with a shark-themed surfboard, 80s guy with his flip-phone, Rocket Boy and tons of other details. Have a look at the full sized photo by clicking above.

Since LEGO has long ago now revealed the hidden figure, here we have The Highwayman. 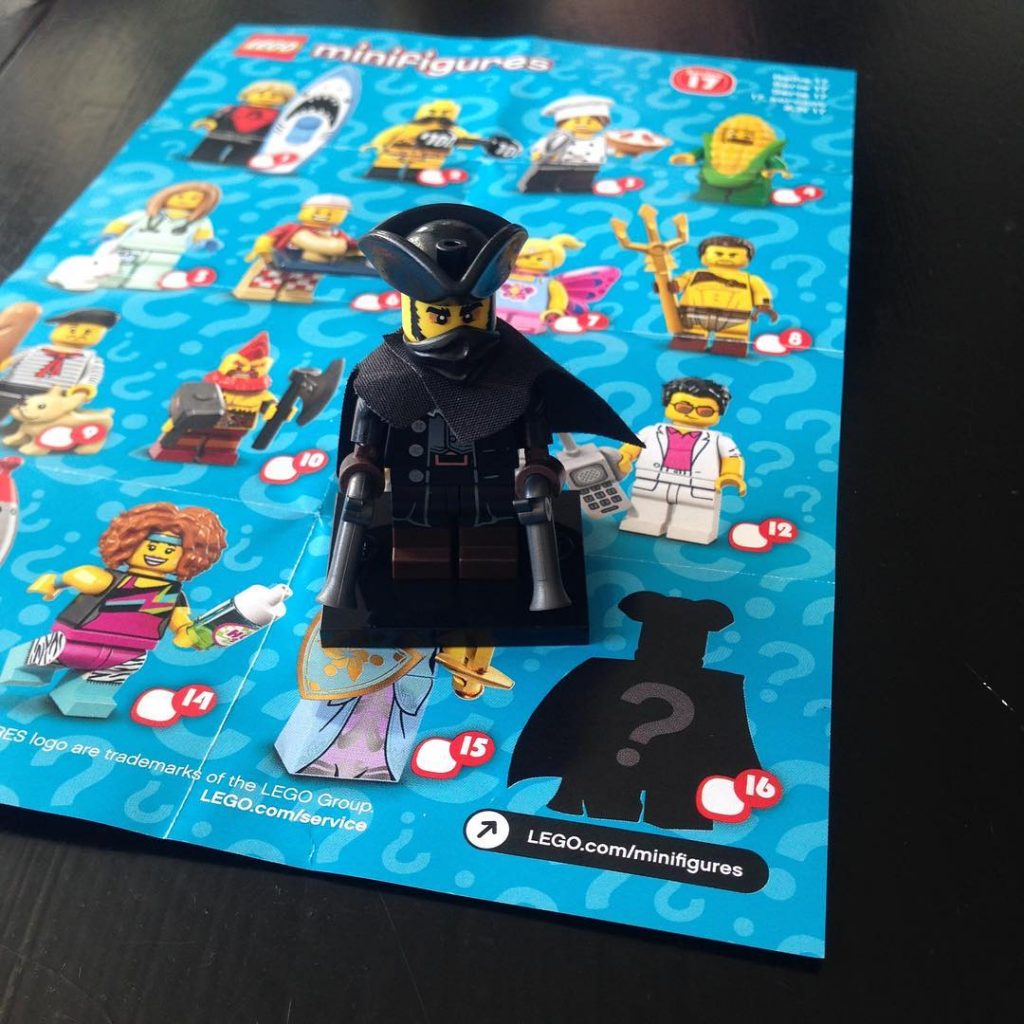