Up to know we’ve known the identity of the first 10 characters in the LEGO BrickHeadz set. They were 4 of the Avengers and 4 from The LEGO Batman Movie and then Beauty and the Beast from Disney. Now we’ve got an official picture of the final in the first series.

Below are the BrickHeadz figures for Captain Jack Sparrow (41593) and Captain Armando Salazar (41594) from the upcoming film Pirates of the Caribbean: Dead Men Tell No Tales. No release date for these 2 figures has been announced yet, but the rest of the series is now available to LEGO VIP members, and on March 1 to the general public. 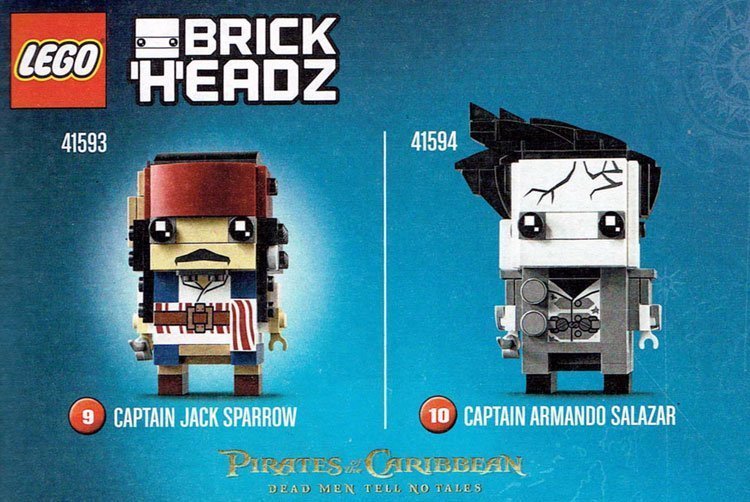 Could this be the beginning of more Pirates of the Caribbean sets? Some people think so. A leaked image from the Chinese LEGO Brand Store calendar seems to suggest a new “Pirate-ship-shaped-blob” will be coming soon, and it would likely be in the POTC line as the new film comes out this year.