McDonald’s is going to be featuring toys inspired by the upcoming LEGO Batman Movie and their website has now revealed those toys but there’s not a single LEGO brick in sight!

The image below shows the various toys that will be available with kids Happy Meals. It’s hard to make out what some of them are from the image (I’m not a kid) but there are definitely 4 collectors cups featuring Batman, Robin, Catwoman and Batgirl. I like the look and design of these cups and a LOT of people seem to be looking forward to getting these for more LEGO themed sorting options. It looks like there’s going to be a small 12-piece Batman themed puzzle, Catwoman stickers and a couple of 3D viewers/masks for Batman and Catwoman.

Comments were made on some sites about LEGO no longer promoting with McDonald’s due to concerns about obesity in children and yet here we are! I think the answer is simple. This isn’t technically The LEGO Group promoting this but Warner Bros. Also there’s no actual LEGO elements in here, so that may be a differentiation in the minds of LEGO’s marketing team.

There’s no shortage of The LEGO Batman Movie merchandise on store shelves and now coming to a fast-food restaurant near you. 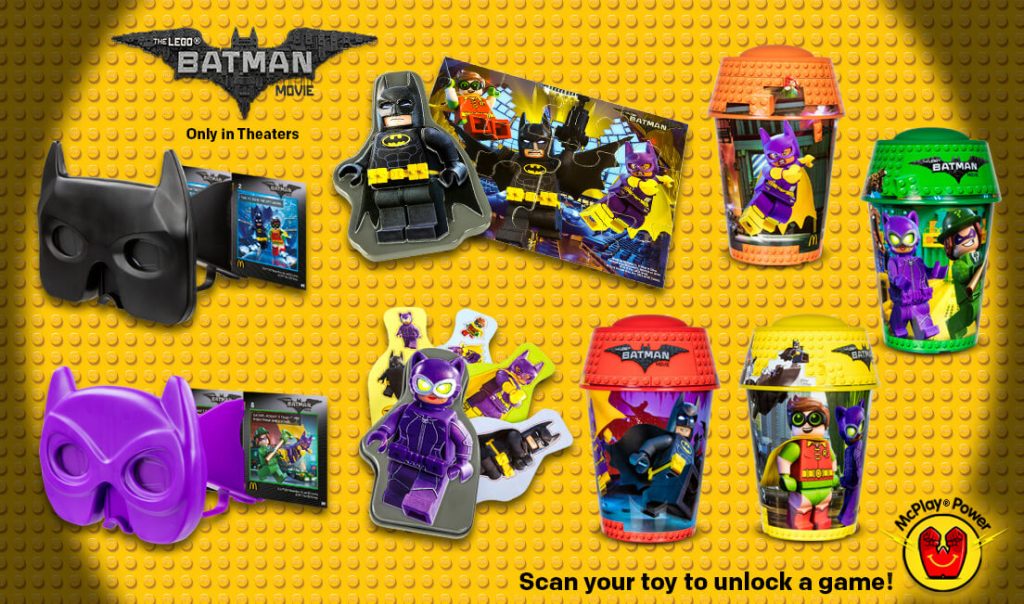