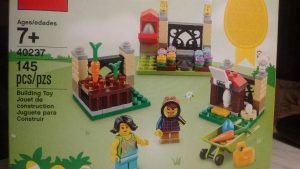 We had a look at the Valentine’s Day seasonal set a while back and really liked it. Today, it turns out the Easter Egg Hunt (40637) is now showing up in LEGO Brand stores, but is not yet available to buy in the Shop@Home online store.

Both sets were revealed in photos posted on Eurobricks by LegoLeroy and shared in his Flickr account.

The Easter set continues this year’s theme of seasonal vignettes and including 2 minifigures. This set is 145 pieces and like the Valentine’s Day set features a vignette spread over 3 different base plates. The minifigures are of a mother and her son, with the son being built with the shorter, non-movable legs we’ve come to expect. The set has some nice details including 3 large eggs (one each in white, grey(?) and azure(?)) and an abundant array of accessories and small pieces as is the norm. Sadly there doesn’t seem to be an Easter Bunny in the set, but there is a chicken, which kind of makes sense.

Featured at the rear of the instructions for the Easter Egg Hunt is a photo of the next in the holiday series which it seems will be Halloween. That’s a long way off, but there’s really no other “international holidays” between the two dates.

Again we get 2 minifigures including a skeleton and what could be a sorcerer or just evil looking guy both holding silver goblets. The vignette depicts a large black ‘iron’ gate depicting a silhouetted castle in front of a giant moon. The other 2 pieces include a nice large cauldron with bones, what could be an eyeball and other elements inside and a mouse with a small ‘pumpkin’.

I really like what I’m calling the giant moon effect created with the orange back wall behind a black archway to create the circle. Nice details and credit goes to the designer of this set. 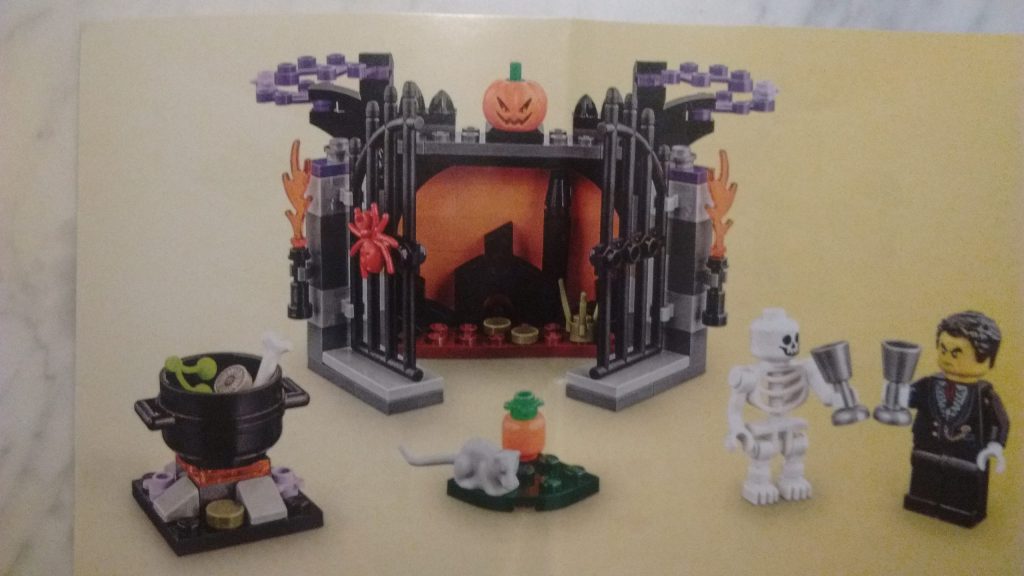