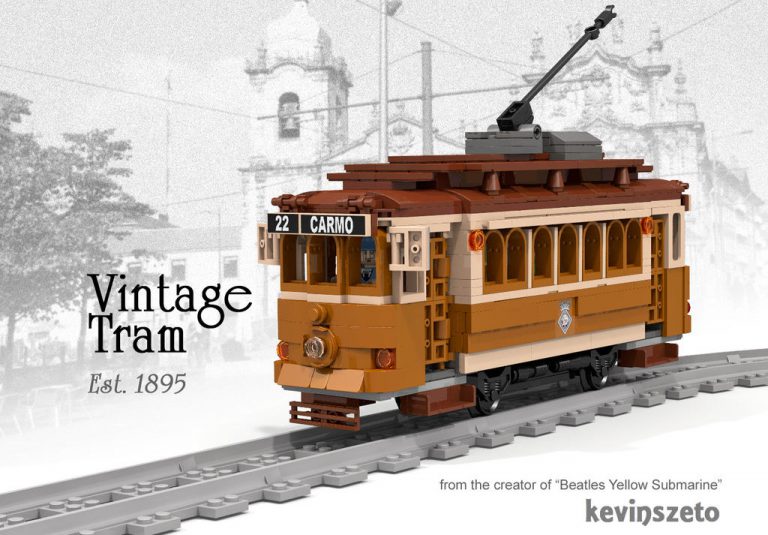 Could lightning strike twice for Kevin Szeto on LEGO Ideas? Just a few weeks ago his Yellow Submarine project was released in LEGO retail stores, and now his Vintage Tram has achieved 10,000 supporters making it eligible to be considered for a future LEGO project!

Kevin says: “Inspired by my recent trip, this LEGO model is a tribute to the vintage trams of Porto, Portugal’s 2nd largest city. Of the 30 lines that once existed during the transportation network’s prime, only 3 remain today.”

The model, as presented here from LDD (LEGO Digital Designer), is only 664 pieces including the minifigures but not the track. It features a removable top to allow the placement of minifigures, working doors, nicely detailed headlights and more.

For those of us who have never been to Porto, or just need a reminder of how the trams look in real live, check out the video below.