2016 saw over 800 new LEGO sets released according to BrickSet.com and while I barely purchased a fraction of those, I did look at nearly all of them either during the “leak” before their release or once they hit store shelves. So, here I’m going to give  you my top 10 list for 2016.

These opinions are only my own, but let me know if the comments if you disagree with anything or think I missed something. Oh, and there’s a huge bias here in not considering Ninjago, Nexo Knights, Friends, Elves etc, so I have little interest in those for the most part. Sorry. 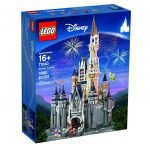 A monster at over 4000 pieces, this set had people buzzing and lining up to buy it the moment it became available as a VIP exclusive well before going on sale to the public. Preceded by the release of the Disney minifigure collection, LEGO fans really got Disney fever this year. 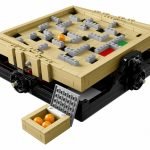 An unusual choice from the LEGO Ideas project, I really liked the concept of the maze and it’s ability to, like all LEGO, be formed into something different any time you wanted, and then share those new layouts with people. I haven’t seen where it’s taken off, but the promise was there. 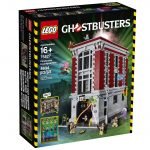 Another massive collection of bricks kicked off 2016 in the form of the Ghostbusters HQ. Even bigger than the Disney Castle, this time at over 4600 pieces, the HQ puzzled a few people as to how to make the scale work with other sets, but in the end, it didn’t dampen the enthusiasm. 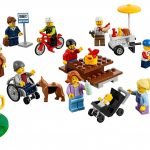 What a great set this one was. The internet almost literally exploded about the baby figure and the wheelchair and what it meant to both LEGO and society at large. The baby has appeared in a couple of other sets since, but the wheelchair is exclusive so far. 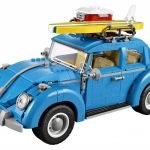 Definitely one of Chris’s favorites for the year, the Volkswagen really spoke to a lot of people with its classic design and fun bright blue color. An update to an older model, comparing the two really shows how far LEGO engineers and designers have come. 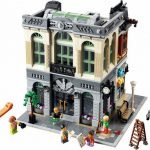 The Brick Bank was 2016 designated modular building and once again raised the bar on them. Tons of stunning details went into the set including a built-in money laundering scheme and gorgeous architectural details. 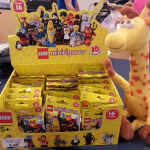 2016 was definitely the year of the minifigure. We had 4 brand new sets to collect and trade before the end of the year. Officially series 15, series 16 and the Disney collection were released, but in North America the entire LEGO Batman Movie series of figures was out too. I think Shark Guy was my favorite. 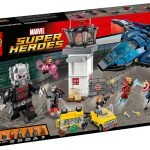 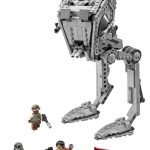 I’ve always been a Star Wars fan, so one set had to make the list this year, and it’s this AT-ST from Rogue One: A Star Wars Story. We bought this set before we’d seen the movie mainly based on their use in the original trilogy and now having seen Rogue One, they’re a very useful walker. The LEGO version is fairly well-built and very poseable.

Who doesn’t love a free gift with purchase, right? This little fountain set is a great addition to the City People Pack and will look quite nice in any LEGO city you might be building. The bike is always welcome as are the flowers and the monotone minifigure.

That’s it, those are my top 10 sets from 2016. Rumors for 2017 have been flying but other than Assembly Square (10255) there’s nothing really screaming “Buy me”, but that could be my Christmas Wallet telling me not to spend yet.