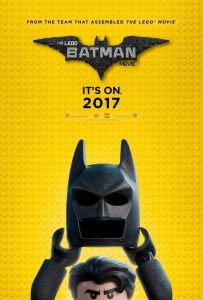 With the movie due out in February, as we’ve mentioned before, anticipation of an upcoming LEGO Batman Movie Custom Minifigure series has been high, and now our wishes have been granted. Several sites are displaying the list of names of figures to be included in this series, including Brickset.com, lcc.builders and misterbricks.be.

In January the LEGO group will release a set of 20 minifigures from the movie including some interesting sounding Batman variations. Brickset is reporting they’re hearing that none of the specific figures will appear in the full sets so the ones that sound like duplicates will likely be in a different outfit. If you watch the trailers for the movie, you may be able to figure out what some of these will look like.