Just over 2 weeks ago we teased you that LEGO was producing a set based on Marvel’s Upcoming Doctor Strange movie starring Benedict Cumberbatch. Today we’re happy to report we have official images and a description of the set.

I can’t say that I’m a big fan of Doctor Strange and only have a passing familiarity with the character so far, but I am excited for this movie. For this set, given the wall style and the bookshelves, I can imagine matching it up with The Big Bang Theory set and seeing where that goes…. 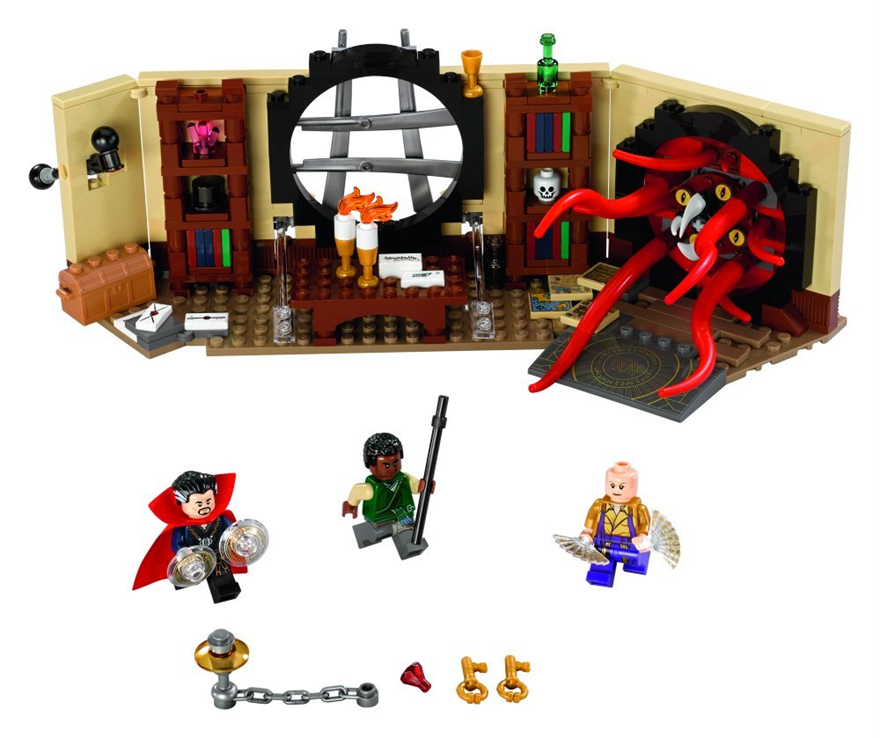 Team up and expel the portal beast from Doctor Strange’s mysterious headquarters with some super-heroic supernatural action! Fend it off with Doctor Strange’s mystical artifacts, and evade being captured by the portal beast’s tentacles using the cape of levitation. Send in Karl Mordo to battle the beast with his quarterstaff, and help The Ancient One strike with the powerful magical fans at her fingertips!