[easyazon_image align=”right” height=”143″ identifier=”B017B1BXKG” locale=”US” src=”https://brickbrains.com/wp-content/uploads/2016/02/61BBu65eq2BL.SL160.jpg” tag=”brickbrains-20″ width=”160″]Today I bought 76044: Clash of the Heroes from the LEGO DC Comics Super Heroes collection, simply to get the Superman and Batman minifigures. I have a Batman from my [easyazon_link identifier=”B00MU2DMX8″ locale=”US” tag=”brickbrains-20″]The Tumbler (76023)[/easyazon_link] but this one is from Batman V Superman: Dawn of Justice. And I didn’t have a Superman yet.

In it for the minifigs 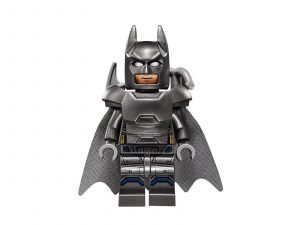 This is one of the… least interesting sets to me, outside of 3 factors: Batman, Superman and the Bat-signal. I wasn’t really all that interested in some of the other aspects of this set, and having built it my suspicions were confirmed.

Armored Batman™ has glow-in-the-dark eyes and is firing his bazooka. Knock down the barrier with Superman’s Super Jumper and explode the Bat-Signal. But beware—Armored Batman could launch from the rooftop at any moment!

Now obviously we haven’t seen Dawn of Justice yet, but a bazooka? I sure hope not. The cool thing is Batman’s glowing eyes, once they’re charged and the room is dark enough. In fact, it’s not his eyes, but pretty much his whole head. The cowl covers most of the face and leaves the 2 eye slits open to the glowing head. Kind of neat. Batman comes with the bazooka, a grappling hook and 2 batarangs and has a cloth cape, as has become the norm. His costume isn’t black, but a very dark grey, which matches the look in the movie.

Superman is… Superman. There’s not much to say. The costume is from the movie and he’s got his red cape. His printed head has 2 different expressions and he comes with a “Super Jumper” – a clear plastic piece with 2 studs for him to stand on. You then depress one section and let it go and he leaps. Probably not over any tall buildings, but this is LEGO. 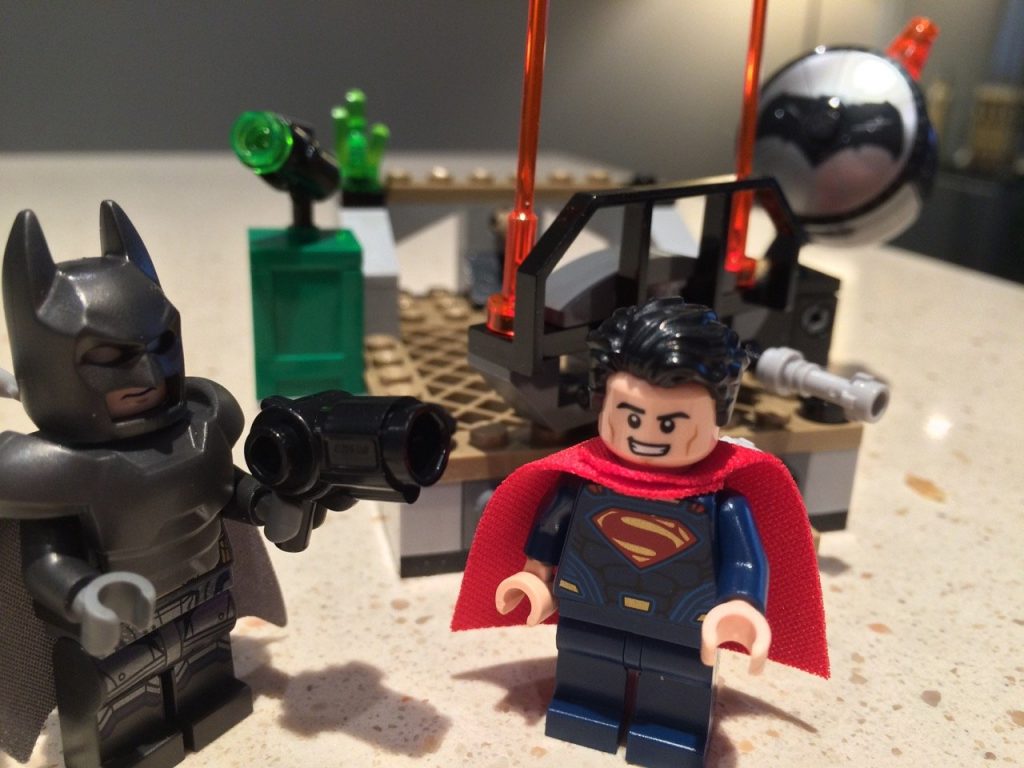 The set piece itself is supposed to be a minibuild of a skyscraper rooftop with exciting elements like an exploding, rotatable Bat-Signal; a detachable barrier (not sure what that is); a launch stick and bits of Kryptonite. Oh – and a 2-barrel machine gun, I think.

The instructions have you put a green Kryptonite crystal on the back wall and put a couple of pieces into the green box and Batman’s bazooka also has a piece on the end, but none of it really makes sense, except to be present somewhere.

Generally this set is probably one of the weakest I’ve seen and I almost regret buying it, except for the 2 minifigures and the Bat-Signal, which will be modified. Maybe I’ve outgrown the “play” aspect of the newer sets, or maybe this just isn’t for me.

Except for the minifigures of Batman in his lead armour and the Superman figure, there's not much going for this set in terms of AFOL happiness.