NOTE: LEGO seems to be having website trouble. The Angry Birds mini-site has been really slow and even generating errors. Please be patient, it’ll still be there tomorrow.

Today LEGO put up their mini-site dedicated to The Angry Birds Movie and revealed the first 6 sets licensed from the movie. Nobody was really sure when to expect the details on these sets and we were among those surprised by this release. What we do know now is that these LEGO sets will be released before the movie, in April.

In case you don’t know about The Angry Birds, it was a hugely popular series of video games from the last few years and Rovio, the company who produced them, have gone from obscurity to multi-million dollar company based on not only the games but a ton of licensed products based on the characters. The Angry Birds Movie is the latest venture for the property and will hit US theaters May 20, 2016. Here’s the trailer:

Ok, now back to LEGO news! There are 6 sets shown on the website. Let’s take a quick look at each one, but for full details, please visit the LEGO Angry Birds mini-site. 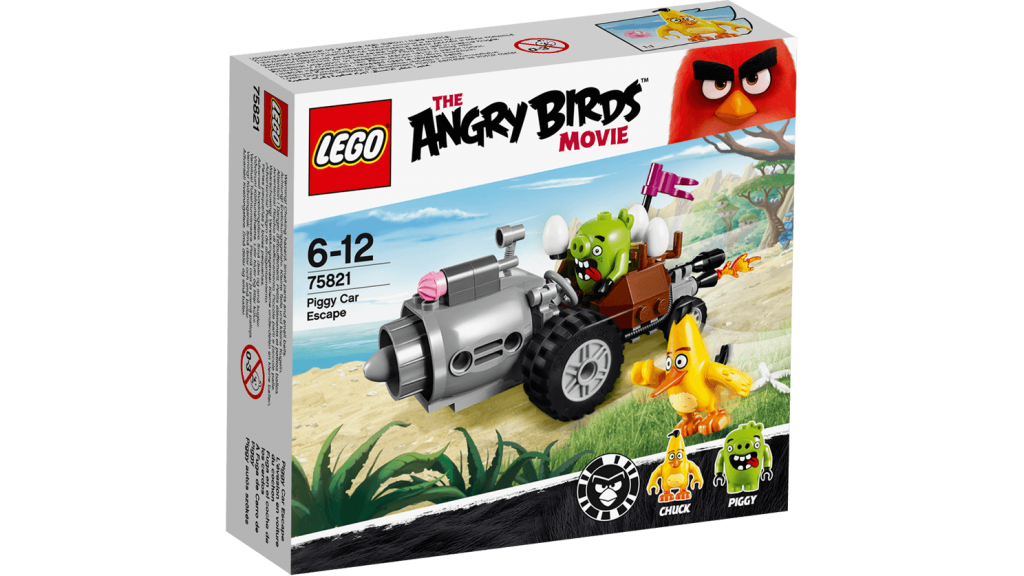 Speedy Chuck is racing after the Piggy Car as the naughty piggy has stolen some of the bird eggs! Dodge the flying ice cream as you catch up with the pesky piggy! Rescue the eggs safely and return them to the flock, or play out your own chaotic and fun scenes inspired by The Angry Birds™ Movie. 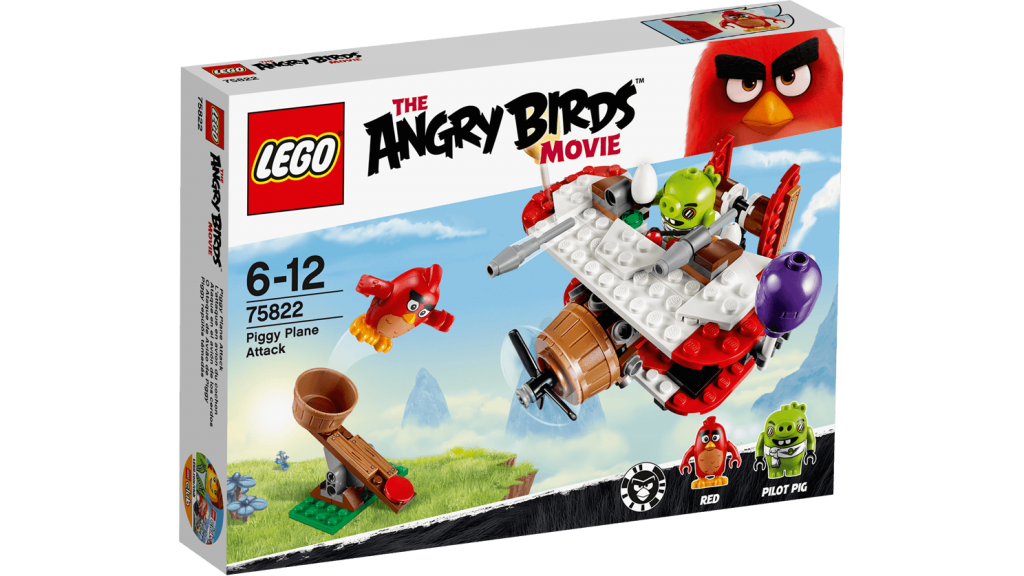 Prepare for take-off! Those tricky piggies will try anything to get the flock’s eggs out of Bird Island—even jetting off on a plane! Grab the catapult and prepare for some bird-flinging fun at high altitude! Help Red rescue the eggs from the plane, but watch out for the flick missile shooters. 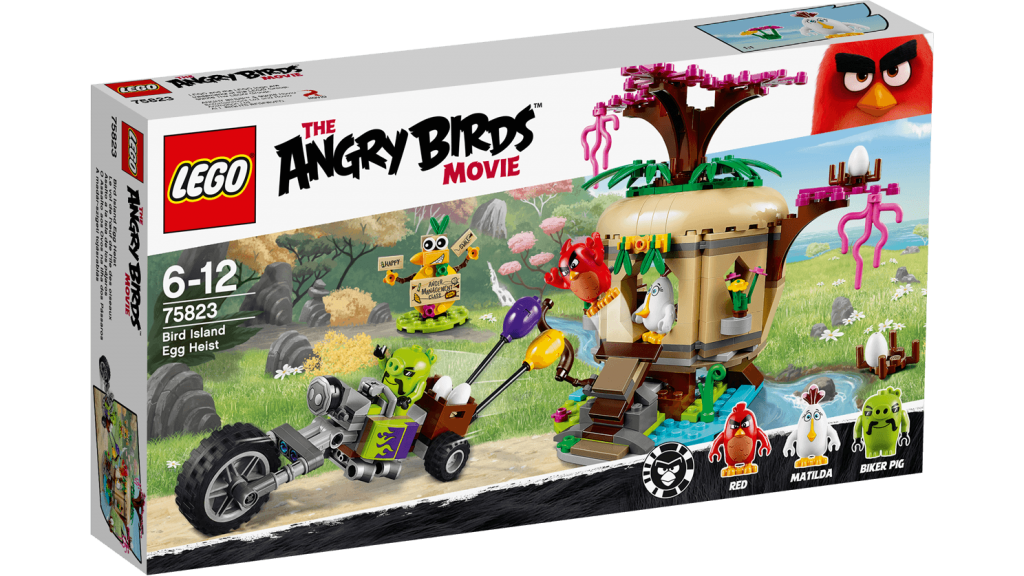 Red’s hot temper has landed him in an Angry Bird Anger Management Class at Matilda’s House­—but he’s even angrier when a naughty piggy steals the eggs! Catapult Red at the Piggy Trike and take the eggs from the box in the back of the trike! Play out action-packed scenes from The Angry BirdsTM Movie and return the eggs to the flock. 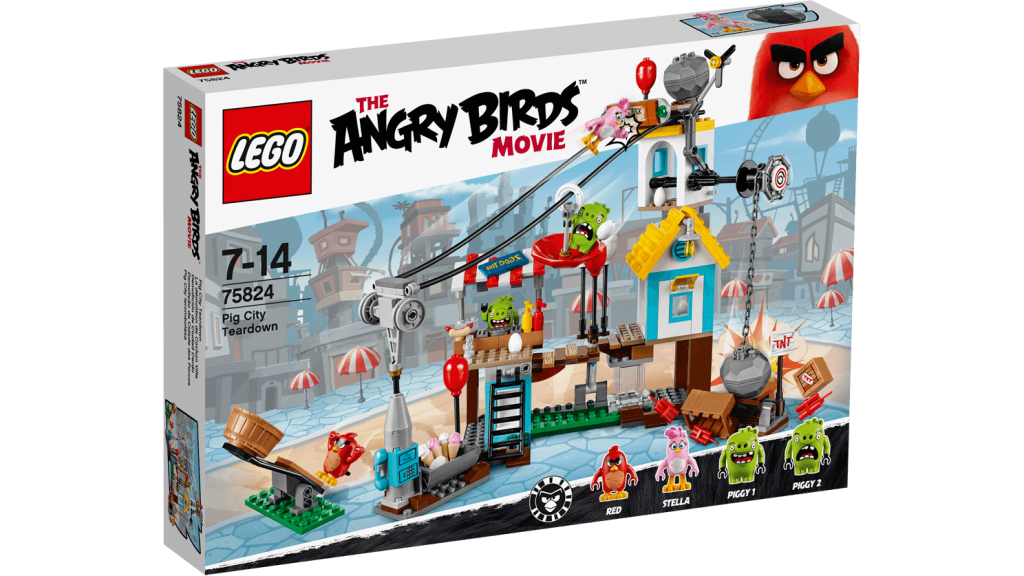 Use the catapult to shoot Red and Stella into Pig City! Cause a chain reaction by firing the birds above the boulder, and use the piggies’ own TNT against them! Chase the piggies all over Pig City to get the eggs back, but keep your eyes peeled for the sliding piggy in his umbrella! Will the birds even find their eggs in all this piggy-crashing excitement? 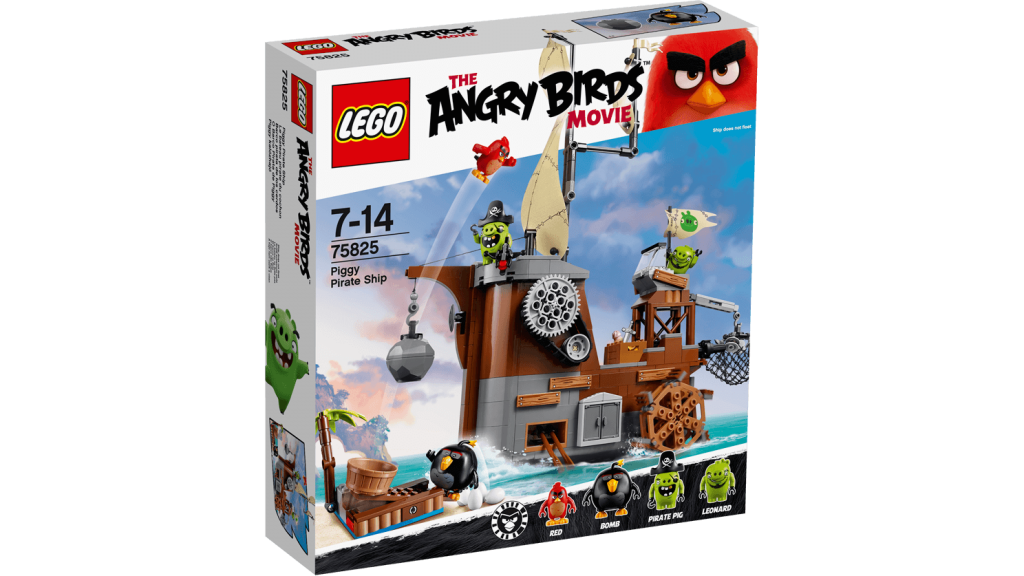 Shiver me timbers, those naughty piggies are escaping Bird Island­ with stolen eggs! Quickly fire Red and Bomb off the jetty using the catapult before it sails too far away. Land the Angry BirdsTM on the Piggy Pirate Ship, search the decks and battle the piggies to stop them stealing the eggs! 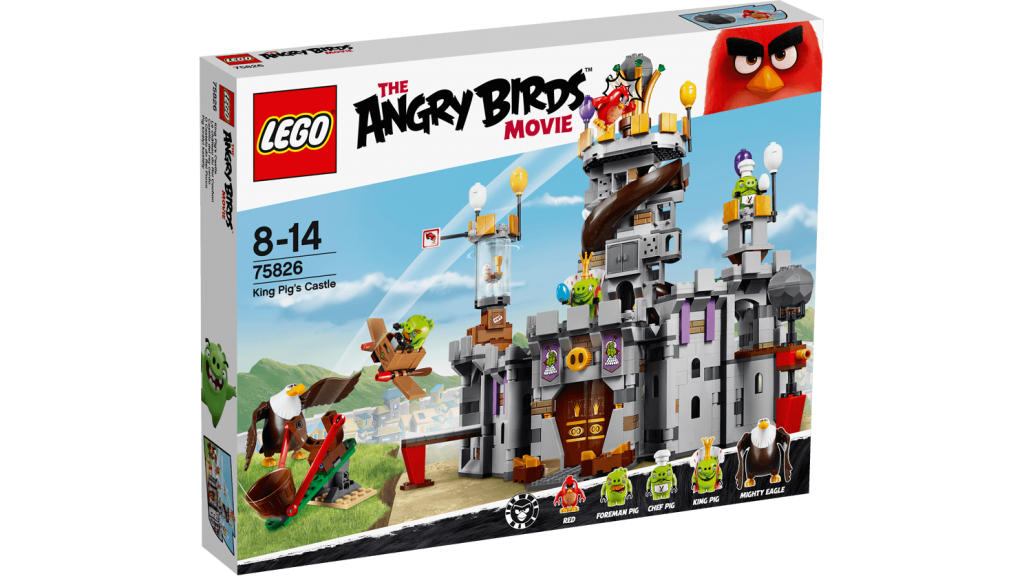 King Pig has stolen the eggs and is preparing a feast! Prepare for some seriously feathery fun as you catapult Red at the castle and watch the piggies go crashing! Fly Mighty Eagle in with a swoosh, but watch out for the TNT box with wings. Race to the top of the tower and rescue the eggs before they slide into the cauldron. Stop Chef Pig putting boiled eggs on the menu, and serve up your own side order of awesome bird-slinging action!

Each set seems to have a “funny feature” that’s unique to it, along with lots of play opportunities to launch birds at pigs and buildings, as in the game. Those features are:

Personally, I was worried that the Angry Birds phase had passed by a couple of years, but the franchise seems as popular as ever, and given the way people have flocked to the posts about the new sets they should be very popular.