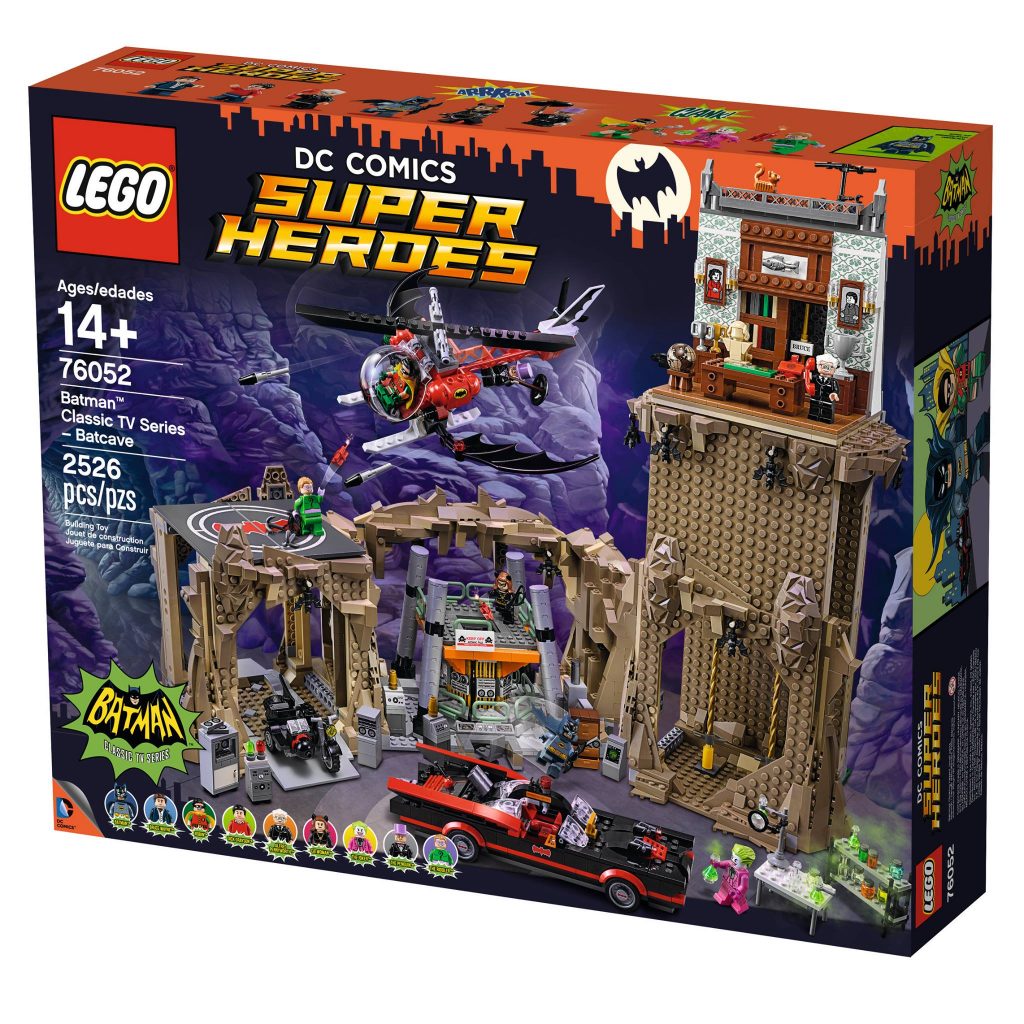 This morning LEGO surprised us all with the announcement of set 76052 Batman Classic TV Series – Batcave and it’s a massive set. This set was leaked last week and LEGO tried to have images pulled, but nothing on the internet every really gets removed. Now they’ve given us an amazing 17 images of the new set with tons of details. Primarily, that the set will be available in March 2016. They’ve also released the official Lego Designer video to further tease you for the next 2+ months

Drive the villains out from Batman’s Batcave!

Help Batman™ and Robin™ to drive the villain intruders from the Batcave, featuring a Bat Lab with Batcomputer, plus the Batmobile with stud shooters, Batcopter with flick missiles and the Batcycle. This special model, based on the classic 1960s TV show, also has a Wayne Manor section with an exterior wall to climb on and Bruce Wayne’s study featuring the iconic Batphone and a false bookcase that slides open to reveal the secret entrance to the Batcave. Before spiraling down the Batpoles into the Batcave, change identity from Bruce Wayne™ and Dick Grayson™ into Batman and Robin (separate minifigures included).

Yep, also includes a cat. Why? Because it’s LEGO and Batman? I’m not sure and I don’t remember the TV series well enough. Maybe it belongs to Catwoman?

The set includes tons of fun details in Wayne Manor, like the batphone, Shakespeare bust, portraits of Thomas and Martha way, and the tags on the Batpoles to make sure they use the correct one.

LEGO could have released this collection as a group of sets and people would buy them all, instead they’ve released this massive single set for $269.99 USD ($329.99 CDN, £229.99 UK ) with 2562 pieces. They could still release other locations and sets from the TV series, but that seems unlikely.