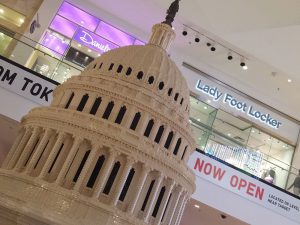 In 2016, LEGO will once again present their Americana Roadshow tour stopping at a variety of shopping malls. This year the tour focuses on the eastern United States with Las Vegas and Lynnwood, Washington being it’s most westerly stops.

The tour presents some really impressive large scale models of classic Americana and buildings such as the US Capitol Building, Liberty Bell, the Statue of Liberty, the Lincoln Memorial and many others. The content of this year’s tour has not been announced. Each stop usually has special events at the local LEGO Store and are announced nearer to the event dates.

If you live near or plan to travel to one of these locations, check with the local store in the days leading up to the event for details.