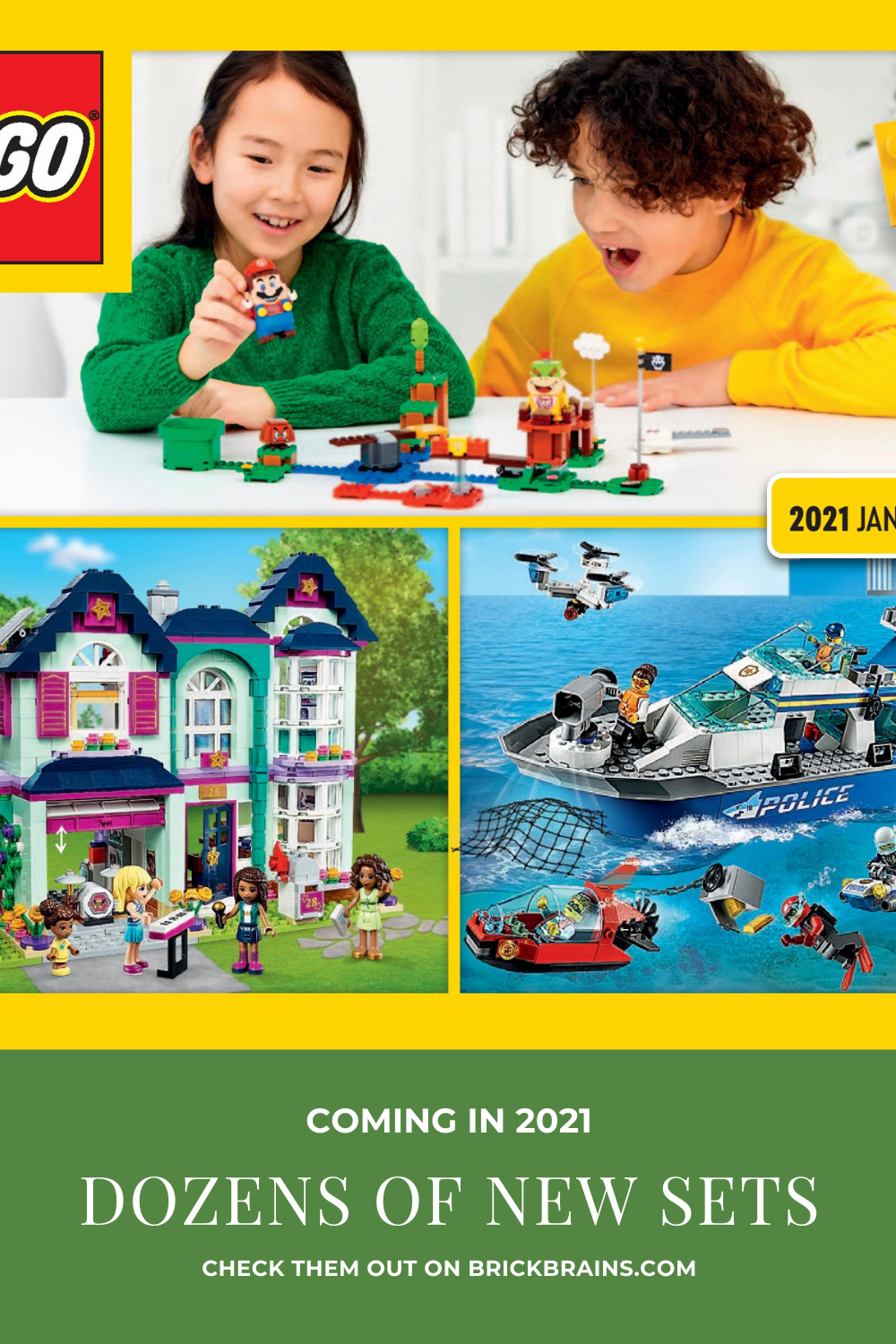 Technically, this is the first half catalog for New Zealand and details may vary in other regions. This provides our first look at many of the new sets coming in the first half of 2021 and introduces several new concepts for us also.

You can use our new 3D viewer below to browse the catalog. There’s a “FULL SCREEN” button to make it bigger.

There’s a lot to unpack in this 92 page catalog. LEGO is doing a lot of new things this year, but there’s 3 super standouts here for me.

Only a couple of new things in the Classic boxes. 11013 Creative Transparent Bricks, 11014 Bricks and Wheels and 11012 Creative White Bricks.

One of the newest introductions is child/toddler figures in the mini-doll style. These new figures match perfectly with their full-sized counterparts and really extend the options for Friends. Instead of just being about teen/adult characters you can now have a whole family. The first one is Henry, available in the Heartlake City Shopping Mall (41450). We also get Liz (41449 Andrea’s Family House) and Ava (41444 Heartlake City Organic Cafe).

A new series for the Friends line are the Cubes. I guess they’re patterned after the PODS we’ve seen and the Ninjago Arcade Pods. Now we have 5 character cubes for the main Friend’s characters. The photos from the catalog are hiding the actual animal design even though they’re named. Does this mean we’re getting new animal molds? Nope. Looking at the listings on the LEGO site it’s because each animal will be a random color within each Cube. The sets are: 41663 Emma’s Dalmation Cube, 41662, Olivia’s Flamingo Cube, 41666 Andrea’s Bunny Cube, 41665 Stephanie’s Cat Cube, 41664 Mia’s Pug Cube.

LEGO DOTS frustrate me. They’re a cool concept & product with some great parts and designs, but being in Canada the DOTS page on LEGO is defaulting to French. Honestly I did buy some DOTS earlier this year but haven’t opened them. Maybe now is the time.

Be sure to check out Part 2 in this series where we look at LEGO City, LEGO Marvel Avengers, Spider-Man and Batman sets, and the new Minions: The Rise of Gru sets. Part 3 continues the series with a look at Super Mario, Ninjago, Minecraft, Harry Potter and Star Wars. Part 4 will wrap things up with a look at the new Technic sets.