LEGO UniKitty! fever is in full force for some people. The minifigure series is available in some stores, sets are being launched and leaked and now LEGO has posted the UniKitty minisite online.

It features the upcoming sets along with new videos and introductions to each of the characters you’ll find in the TV show and the sets.

6 sets are featured in the first release as seen below.

If you’re not familiar with the characters, here are their biographies straight from the LEGO site. 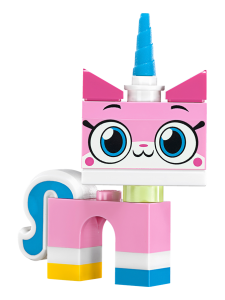 Unikitty is the energetic, bubbly, and bright princess of Unikingdom. She’s a creative thinker and leads the charge when there’s a problem in need of a solution. This half-cat-half-unicorn has emotions so strong that they can change her color or physical form, but one thing that will never change about Unikitty is her sweet personality and goofy sense of humor. 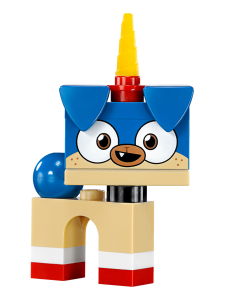 Prince Puppycorn is Unikitty’s high-energy little brother – with an attention span of 0.2 seconds. Although he acts tough and likes to join Unikitty on adventures, his bark is bigger than his bite, and this punky pup still has some growing to do. 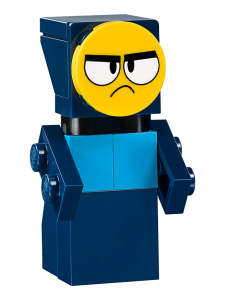 Master Frown is a bad guy, but he’s less focused on destroying Unikingdom and more dedicated to making sure Unikitty has a bad day! He’s a petty, obnoxious Doom Lord – only happy when he’s ruining someone’s day. To spread his bad mood near and far, Master Frown has enlisted the unwilling help of his roommate Brock. 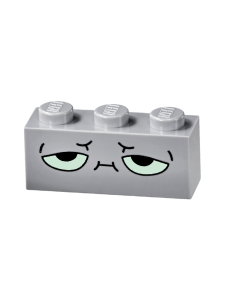 Brock is Master Frown’s roommate, but he’s too lazy and chill to be much of a bad guy. Brock would rather hang around the apartment playing video games than bothering Unikitty™, but sometimes he’ll tag along with Master Frown™. He’s easy-going and laid back; the only time he gets angry is when Master Frown forgets his chores. 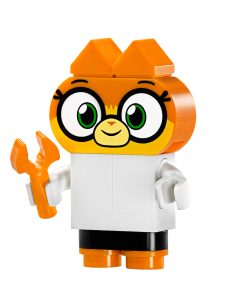 Resident Unikingdom genius, Dr. Fox is a brainy and brilliant scientist working out of a hi-tech lab deep beneath the castle. Technically, Dr. Fox is Unikitty’s closest voluntary valued colleague…otherwise known as ‘best buds.’ Although she is known for sometimes ignoring danger in the name of “mega science,” Dr. Fox would sacrifice anything for her friends. 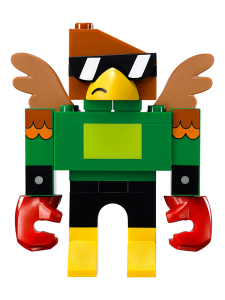 The stone-cold, totally ripped, royal bodyguard to Unikitty is Hawkodile. This hardcore survivalist is all about fighting, punching, training for fighting, and one-liners, but deep, deeeep inside, he has a soft heart and maybe a tiny crush on Dr. Fox. Hawkodile is devoted to his bodyguard responsibilities but he also has many other skills – everything from bass guitar to flamenco dancing!