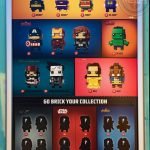 We haven’t covered the fuss at New York ComicCon yet this year, because there hasn’t been a lot of LEGO news. But now we have some solid news and information about some new LEGO sets for 2018.

JediNews posted a large picture of the poster on Flickr teasing some of the new BrickHeadz sets for 2018. Click on the pic to the right for a much larger look. 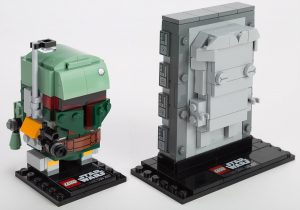 First, the exclusive ComicCon set is brilliant, it’s Boba Fett with Han Solo in Carbonite! This is one pairing I really like and think that Han was done really well.

In January, we’ll see 4 figures from the Justice League movie. Given there are 7 main characters, you know there are likely to be more later.

Also in January, we get 2 Star Wars figures, with 2 more following in April. Thanks to a slip on LEGO.ca (Canada, so I’m sure they apologized for it), we know these 2 will be Finn and Captain Phasma as seen below. 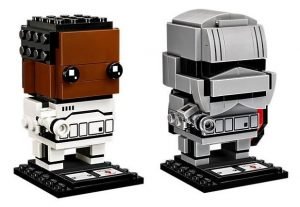 Then in April, we get 4 new Avengers figures.

To be honest, BrickHeadz aren’t my favorites. I see the appeal of them, but other than some of the printed parts, they’re less interesting than I expected. Together, if you get enough, they do make a decent display though.