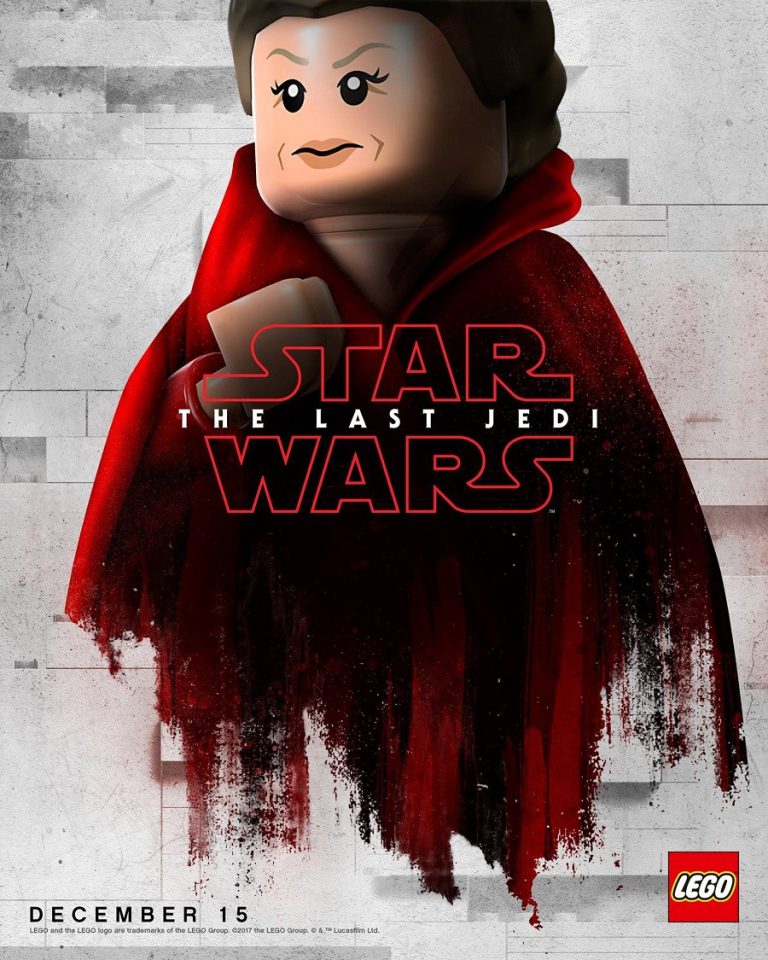 Early in September the world will get a ton of new Star Wars hype as Force Friday II will take place. Expected are new trailers for The Last Jedi, new merchandise and of course new LEGO sets.

Over the weekend LEGO released 6 character posters including one of Luke who has been mysteriously absent from the sets that have been shown so far. The posters, I think, are quite good and show a unique tone (the red probably means something). Although all of them being torsos only with the bottom… trailing, seems a little menacing. Is it a hint?