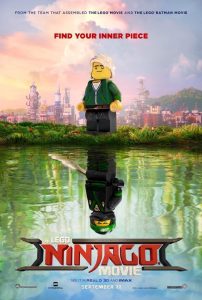 We all know that The LEGO Batman Movie is opening this week and that the original The LEGO Movie was huge and awesome (Everything is awesome!) so it will be interesting to see what they do with this next wave of the franchise.

The LEGO Batman Movie features a Batman that we met in The LEGO Movie, but in The LEGO Ninjago Movie we’re being introduced to a whole new cast of characters that we aren’t familiar with, although the voice cast looks amazing.

The LEGO Ninjago Movie
1 of 4