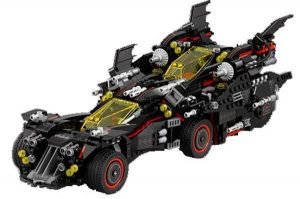 Here in North America it’s opening weekend for The LEGO Batman Movie and along with it we got one more huge surprise from LEGO.

Coming on June 1 is a new set called The Ultimate Batmobile (70917) and boy do they mean it. Further down is a picture of the contents of the whole set, but there are a couple minifigures that some consider a “spoiler alert”, so we’ll keep that down below.

The Ultimate Batmobile is actually a combination of 4 awesome Bat-vehicles: the Batmobile, the Batwing, the Bat-Tank, and the Batcycle. Someone pointed out this kind of goes against LEGO Batman’s statement about putting only 1 seat in his Batmobile. Anyway…

The set will debut on June first as mentioned and the cost will reportedly be $129.99 USD, which actually seems lowish considering the size of the vehicle, 14″ long, and the inclusion of 8 minifigures. The set also features a light-up version of the Batsignal.

Ok, here come the possible spoilers if you didn’t go see the movie yet…

The minifigures are: Batman, Robin, Batgirl, Polka-Dot Man, The Wicked Witch, Alfred Pennyworth in a Batsuit and 2 flying monkeys. At present, all of those figures are exclusive to the Ultimate Batmobile set. I haven’t seen the movie yet, but apparently the Witch and Polka-Dot man are important enough to include in this new set.

Here’s the full picture, click for a larger version. 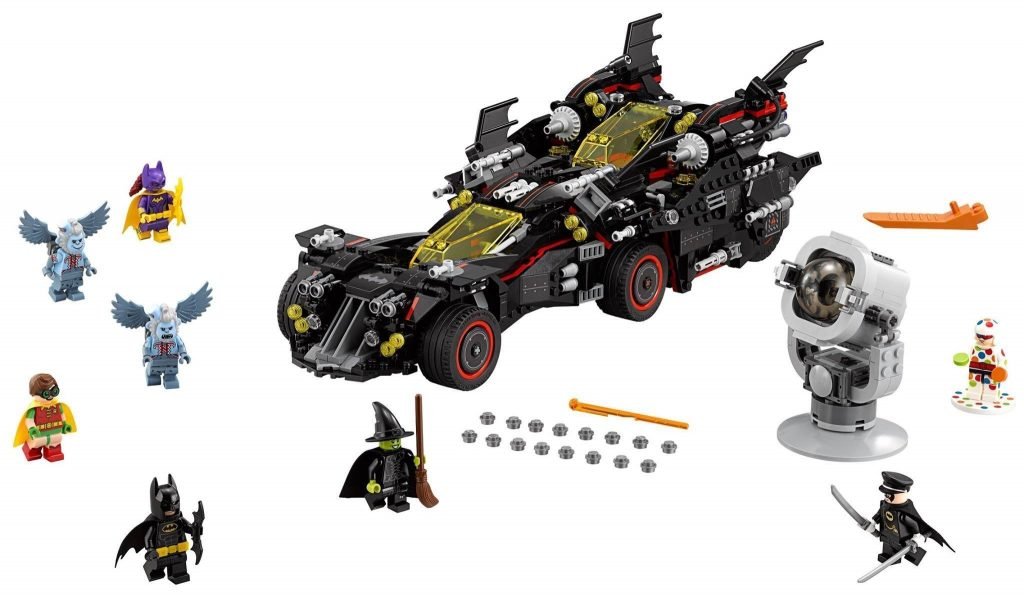