Channel 4 in the UK is airing a show today (Dec 26) and again on December 29 called “Inside LEGO at Christmas” which promises to give a behind the scenes look at what happens inside the giant toy company leading up to the holiday season.

The trailer doesn’t really give away much, of course, but you can see the large Christmas train being built and delivered, and bits inside the LEGO call center, professional and hobby builders. It should be interesting.

Recently the National Geographic Channel in the US aired a show called “Inside LEGO” which is not to be confused with a show broadcast by the Bloomberg network called “Brick By Brick: Inside LEGO” a while ago. The Bloomberg link will take you to the full 21 minute show, although the quality isn’t great.

While we’re on the topic, National Geographic aired another program about LEGO called “Ultimate Factories: LEGO” and you can watch a 2:35 minute segment at the link, and if you scroll down on that page, they link to a couple of more short segments. 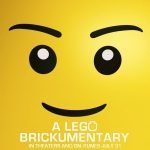 “A LEGO Brickumentary” is a full length documentary on LEGO that was released in 2015 in theaters and on iTUNES and the trailer linked above looks pretty good. The IMDB listing offers a description that’s not very inspiring: “A look at the global culture and appeal of the LEGO building-block toys.” The documentary is narrated by Jason Bateman and runs about 90 minutes.

If you know of any other shows or documentaries about LEGO and the LEGO community, drop me a note in the comments section!