The LEGO Ideas set that we’ve seen teased a bunch lately was finally officially announced in all it’s glory – and it is beautiful! The 2,545-piece Pirates of Barracuda Bay set is 2 sets in one. One is an amazing shipwreck on an island that can be alternately built into a fully functional pirate ship!

Full details, pricing, launch date and amazing photos all below. Pictures are clickable for much higher quality.

The set is listed on Shop@Home by LEGO and you can add it to your wishlist: US | Canada | UK

Rekindle nostalgic memories of childhood LEGO construction projects with this LEGO Ideas Pirates of Barracuda Bay (21322) shipwreck island model for display and play. Enjoy some calm, quality time alone building – or share the fun with others.

Rebuild into a classic! Discover the captain’s cabin, food store, kitchen, bedrooms, supply dock, farm, toilet, jail cell, tavern and hidden treasure, plus lots of fun accessories, 8 pirate minifigures, assorted animal figures and 2 skeleton figures to inspire action-packed stories. This set includes an island that can be split in half and rearranged. The shipwreck can also be dismantled and reassembled to make a ship inspired by the Black Seas Barracuda pirate ship LEGO model from 1989.

Fan-tastic ideas! LEGO Ideas offers a diverse array of sets, all created by LEGO fans and voted for by LEGO fans. Inspired by real life, action heroes, iconic movies, popular TV series or totally original concepts, there are cool model kits for people of all ages.

ARGHHH ME HEARTIES! EXPLORE AN EPIC SHIPWRECK WITH THE NEW LEGO IDEAS PIRATES OF BARRACUDA BAY

The LEGO Group has announced the latest LEGO Ideas set, bringing back memories of the beloved LEGO Pirates theme.

[24th March 2020] Become a pirate with this brand-new LEGO Ideas set, inspired by the 1989 Black Seas Barracuda pirate ship model. Adventurers can now explore the island and the wreckage of Captain Redbeard’s famous ship, which was lost at sea over 30 years ago.

The new LEGO© Ideas Pirates of Barracuda Bay set has been created based on a submission to the LEGO Ideas platform by fan designer Pablo Sánchez Jiménez, who has a passion for all things pirate and was inspired after building LEGO brick models with his dad when he was young. The concept behind the LEGO IDEAS Pirates of Barracuda Bay set reached the 10,000-supporter milestone in just 25 days – making it one of the quickest sets to hit the target.

With 2,545-pieces in total, the model contains everything a pirate or LEGO fan needs to create the ultimate shipwreck – including a captain’s quarters, food store and supply dock. LEGO builders can even uncover buried treasure on the island by removing parts of the ship to explore new areas and create new stories.

This set also contains 8 Minifigures all based on pirate characters from the classic pirate lines, including the iconic Captain Redbeard, Lady Anchor, Robin Loot and the twins, Port and Starboard, as well as 3 other pirates and 2 skeleton figures and various animals to discover on the island.

When builders tire of being stranded at sea, the island can also be reassembled to create Captain Redbeard’s legendary ship, the Black Seas Barracuda. Rebuild the ship to launch a rescue mission to take the ship’s crew back to safety and find the buried treasure.

The LEGO Ideas Pirates of Barracuda Bay set measures over 23” (59cm) high, 25” (64cm) wide and 12” (32cm) deep and is sure to catch the eye whether proudly displayed or placed amongst other LEGO Pirate sets.

LEGO Ideas offers fans the opportunity to submit their own brick creations with the chance to have their concept brought to life with the help of LEGO master designers and a share of the net sales.

Fans can submit their own LEGO set ideas at ideas.LEGO.com.

21322 LEGO Ideas Pirates of Barracuda Bay will be available directly via LEGO.com and LEGO Stores from April 1st 2020. 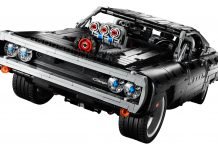 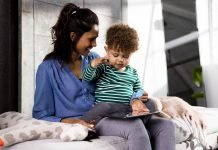 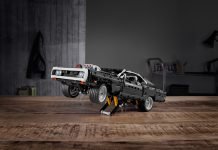