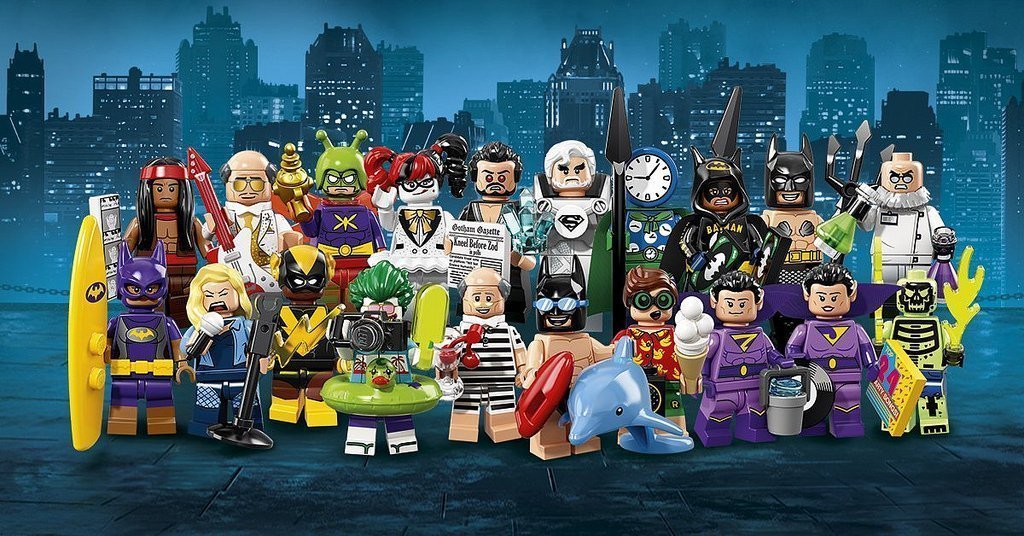 Breaking news, Bat-Fans! LEGO has released pictures of all 20 CMFs in the upcoming The LEGO Batman Movies series 2 (71020). These figures will be officially released in January, although history has shown we could see them in stores in December.

The series had leaked a few weeks ago, but now it’s official, so we can share the pictures with you. Only 2 (awesome) Batman figures and a ton of villains and other characters. Once again, like the NINJAGO movie figures, I’ll probably buy a whole box or at least 2 sets for some of the accessories as well as the range of figures.