It’s hard to imagine that LEGO Technic sets started coming out almost 40 years, ago, but it’s true. 1977 saw the first 4 sets come out along with a 4.5V motor and supplemental set.

Over the years, the specialized Technic pieces have found their way into more and more “regular” LEGO sets due to their versatility. Various pins, connectors, jumpers and other pieces are now the cornerstones of some of the larger Architecture, Star Wars and other Creator sets.

Doing a quick review of the history of Technic, during my dark years they really went a bit off the rails in my opinion. From 1998 to 2001 it appears that LEGO was trying to make Technic appear to a broader market and released an average of 30 sets each year, introducing sub-themes like Slizer, Speed Slammers, Competition and Robo Riders as well as decreasing the complexity of the lower end sets.

It appears as if that experiment was short-lived, in 2001 they released just 9 sets and none of the sub-themes were continued. From there forward, the theme seems to have settled back to releasing just 8-12 sets per year, and more in lines with what the Technic theme started as, and seemingly what the market wanted.

To celebrate the 40th anniversary of this specialized line, The LEGO Group is including a special commemorative piece in all 2017 LEGO Technic sets. 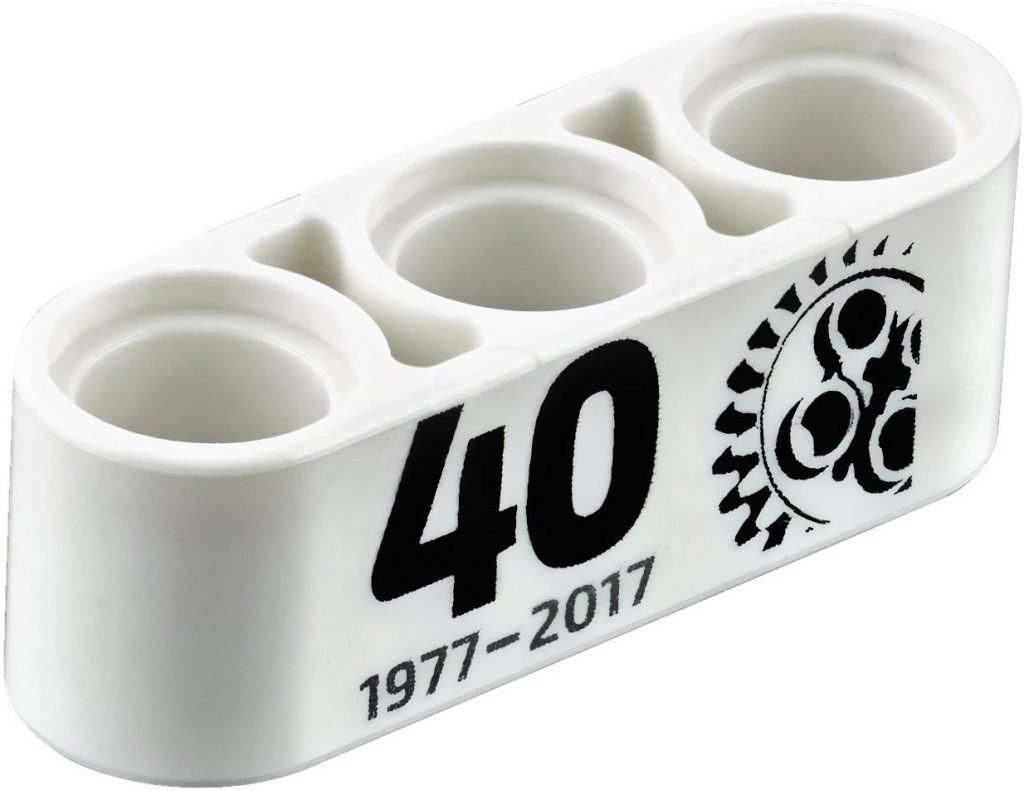