Reports and photos sprouted up around the internet this morning from people who have found The LEGO Batman Movie sets appearing on Target store shelves.

The sets are scheduled for official release beginning December 1, but some Target stores are apparently selling them early, your mileage may vary depending on where you are. Some people have reported that although they were one the shelves, the stores wouldn’t/couldn’t sell them as they weren’t in the computer yet, while others were able to purchase the new sets and have posted completed pictures.

The most interesting things to come out of it are a photo of the previously unseen Clayface set (70904), featuring a large brick-built Clayface, and another showing how you can combine three sets to produce a larger playset. This involves combining 70901, 70910 and 70900 and building an alternate set, as seen below. 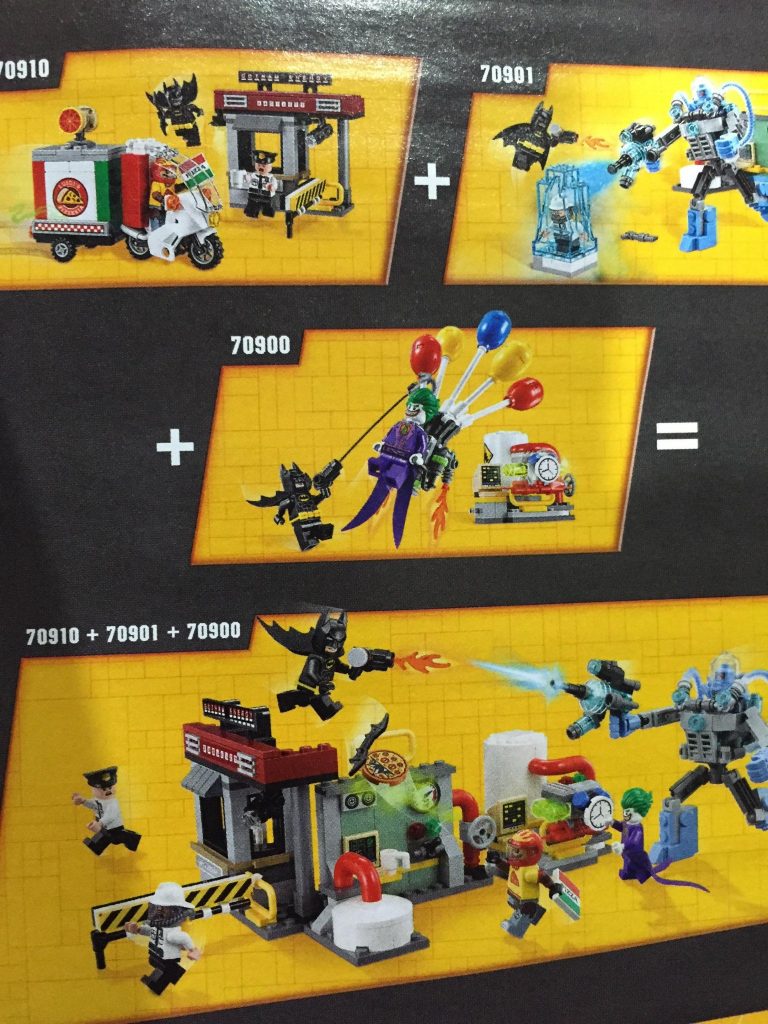 Someone over on the /r/lego on Reddit has posted the DPCI numbers to track availability at your local Target stores.